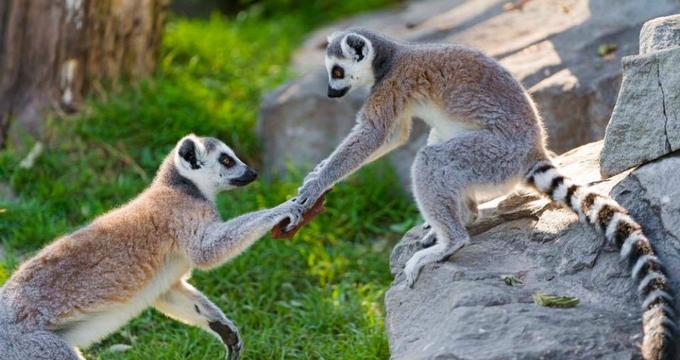 Santa Ana Zoo is located within the grounds of Prentice Park in Santa Ana, California. Primarily focusing on plant and animal species found in South and Central America, the zoo also houses a children’s zoo, a farm, and a host of other attractions. Opening its doors to the public in 1952, the zoo is kept and owned by the City of Santa Ana. The land used by the zoo spans 20 acres, with 16 acres of this being gifted by Joseph Prentice in 1949 to the City of Santa Ana under the proviso that there must be a minimum of 50 monkeys at the zoo at all times. Primates are still a focal point of the zoo, and over twelve species can be found here at any one time. Within the zoo there are more than 80 species of animals, such as pygmy marmosets, bald eagles, anteaters, and camels. The zoo has roots firmly in the community with the Friends of Santa Ana Zoo meeting annually to raise money for the upkeep of the zoo through the “Zoofari” gala. The zoo is wheelchair accessible and provides free private parking and overflow parking for its visitors. 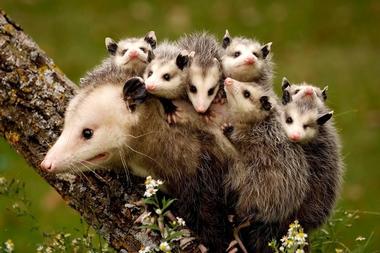 The zoo has several fixed enclosures that are available all year round. Amazon’s Edge is an exhibit that is designed to represent the Brazilian rainforest. Opened in 1993, it is home to black-necked swans, mallards, and howler monkeys as well as crested screamers. A wooden deck is set next to a forest riverbank, cliff face, waterfall, and water moat, with walkways allowing for visitors to become fully immersed in the surroundings and experience. A similar exhibit, although on a smaller scale, is the Rainforest Exhibit. This exhibit is a recreation of the Amazon rainforest and sees green iguanas and white-faced saki monkeys hide and climb amongst the plant life in an Amazon Rainforest-like setting.

Another exhibit is Tierra De Las Pampas, which simulates the endangered habitat of the Argentinian pampas grasslands and hosts a range of wildlife within the grounds. Visitors can see giant anteaters, emus, guanacos, kiwis, and rheas graze the grasslands and read the information plaques about the habitat and its inhabitants. School children and families can learn about insects, weather patterns, and research techniques at the Bauer Jaguar Exploration Outpost. The outpost is authentically modeled on a real-life outpost in the Amazon Basin. A particular favorite with visitors is the Ocelot Basin exhibit, where a pair of breeding Brazilian ocelots can be found in two separate enclosures. Also within the exhibit is a sand table, children’s den, and research canopy blind.

The expansive 9,000-square-foot Colors of the Amazon aviary is the exhibit for which the zoo is most famed. Visitors can walk through the covered enclosure and see hundreds of exotic birds fly through the air in and amongst the streams and a variety of tropical plant life and. Unusual bird species found in the aviary are the emerald toucanet and the scarlet ibis. Families and school groups can visit the Crean Family Farm to learn about rare breeds and barnyard animals. Set in 2 acres of farmyard, children can try milking a replica cow and feeding the goats. The farm has a red barn with two stories, which holds some of the larger animals.

Santa Ana Park also has a range of amusement rides. These include the the Zoofari Express, a child-safe train that takes passengers on a tour of the zoo, the Conservation Carousel Featuring Endangered Animals, which allows children to learn about endangered species and ride the animal-themed carousel, and lastly the Rainforest Adventure Maze, where interactive displays and learning stations inform and entertain visitors about the tropical surroundings. The zoo also contains the Knollwood Cafe at the Zoo, which provides drinks, snacks, and a menu full of lunchtime meals. The Treetops Toy Gift Shop situated near the entrance sells books, toys, and souvenirs. 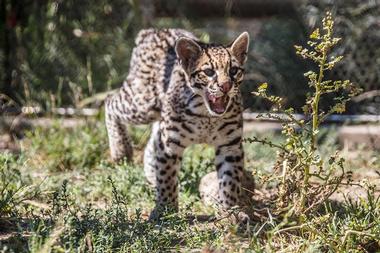 Santa Ana Zoo focuses on conservation, recreation, and education. For conservation, the zoo runs Species Survival Plans, which concentrate on captive breeding, scientific research, habitat preservation, and educating the public. Other projects are the California Regional Environmental Education Community Program, which organizes, markets, and backs environment educational programs, and the Rare Breed Domestic Animal Program. In this program, rare breeds are brought into the Crean Family Farm for breeding and to educate the public.

On Saturdays and Sundays students can attend the Conservation Education Theater for the Critters for Conservation presentation by zoo members of staff. Here, students can learn about saving natural resources as well as discover new information about the animals featured in the show.

Back to: Best Things to Do in Santa Ana, California