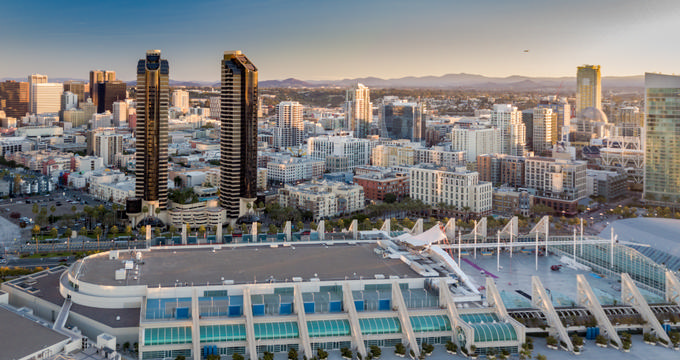 San Diego is a West Coast, California seat offering stunning views over the Pacific Ocean. With an estimated population of 1.4 million, it's the second biggest city in the state of California, outmatching the likes of San Francisco and San Jose. The city was named after a Spanish Saint named Diego de San Nicolas and has earned the nickname 'America's Finest City', being well-known around the United States and even internationally for its beautiful scenery, huge array of activities and attractions, and friendly people. There's a lot to love about San Diego, with some of the city's top tourist attractions involving animals like SeaWorld and the San Diego Zoo. CDC information for travelers. Hours/availability may have changed. 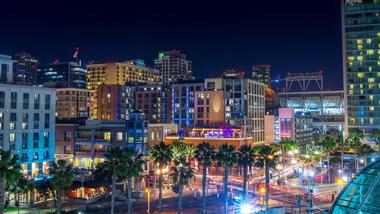 Another great thing about San Diego is its weather. Due to its geographical location, San Diego enjoys an arid Mediterranean climate, with mild to hot temperatures and a whole lot of sunshine all year long. Interestingly, due to the unique elevation of San Diego, some parts of the city can experience different kinds of weather to others, with the more mountainous and hilly areas tending to have lower temperatures than the places down by the bay. In general, the weather tends to be very enjoyable for almost the entire year, but it get quite rainy in San Diego during certain parts of the year. To find out more, let’s take a closer look at some averages and statistics for San Diego weather in January. 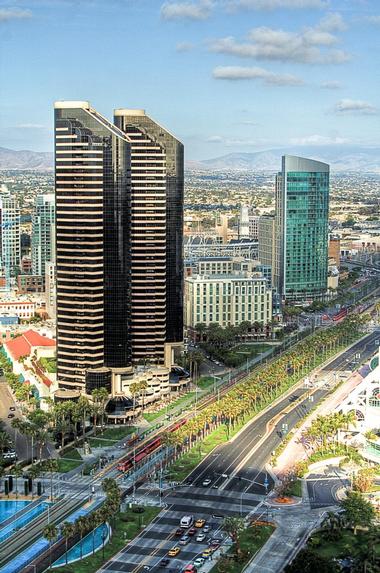 January is right in the middle of winter for the Northern Hemisphere, which is the coldest season of the year and generally sees the lowest temperatures and highest chances of snowfall. No snow will be falling in San Diego in January, but this is one of the two coldest months of the year in the city, along with December. January’s average temperatures in San Diego tend to hover around 57 °F (14 °C), which is quite mild compared to many other major United States cities, but still not suitable for shorts and T-shirts.

In January, San Diego’s average high temperatures are around 66 °F (19 °C), while the average lows can be approximately 49 °F (9 °C). This means that at the warmest times of the month, the conditions are quite comfortable, but it can get very chilly as well in a typical January day. In general, January’s weather conditions in San Diego are mild enough for people to go outside, but not very well-suited for many outdoor activities.

Regarding rainfall, January is among the wettest months of the year in San Diego. The city is immensely dry in the summer but can get very wet in the winter months, with January, February, and December seeing the highest amounts of precipitation on average. Around 48mm of rain falls in January in San Diego, with six rainy days occurring in this month.

The final weather factor to consider in January for San Diego is the amount of daylight the city gets. This is actually one of the darkest months of the year for San Diego, with only seven hours of sunshine on average each day. The previous month of December has eight hours per day, while the following month of February also has eight.

You are reading "San Diego Weather in January" Back to Top

3.Things to Do in San Diego in January 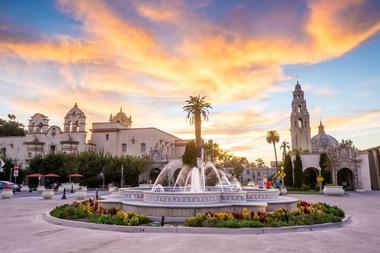 Since January is one of the coldest months of the year in San Diego, this isn't a great time to be outdoors in the city. San Diego's beaches and outdoors spaces like SeaWorld and the San Diego Zoo are best visited at warmer times of year, so it makes sense to stay indoors in January. However, some people will be outdoors for special January events like the Farmers Insurance Open golf tournament and New Year's Day events.

If you’d prefer to stay warm and spend time inside, San Diego has a lot of great indoor attractions too. The San Diego Museum of Art, Natural History Museum, Model Railroad Museum, and Air & Space Museum are just a few examples, and the city is also home to many great brand stores and top quality eateries, with lots of live entertainment and arts venues too.

You are reading "San Diego Weather in January" Back to Top

You are reading "San Diego Weather in January " Back to Top