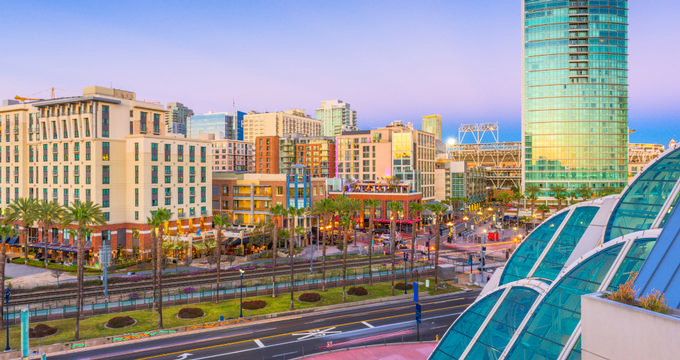 The second biggest city in California, San Diego is a very popular touristic destination, with many tourists often loving the city so much that they end up living there and helping the city earn its prestigious nickname of ‘America’s Finest City’. There’s a lot to do in San Diego, from relaxing on the beautiful beaches and admiring the views of the Pacific Ocean to exploring the city’s major attractions like the San Diego Zoo and SeaWorld. Legoland, Balboa Park, and the local Anza Borrego Desert State Park are also very popular with visitors, and the San Diego backcountry area is known as a popular camping and glamping spot too, so there really is something for everyone in this city. CDC information for travelers. Hours/availability may have changed. 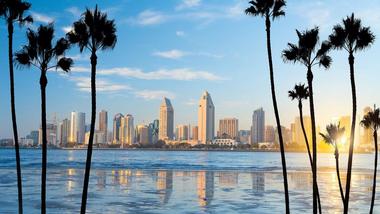 Another reason people love to visit San Diego is for its weather. Like many South California cities, San Diego enjoys some very warm temperatures and a lot of sunshine all through the year. The summers also tend to be very dry, but rain can fall at other times of the year. Weather in San Diego follows an arid Mediterranean climate, and even the coldest months of the year are relatively mild and even warm in some cases. This all means that it’s possible to visit America’s Finest City at almost any time of year and be guaranteed to have a great time. To take a closer look, let’s explore some averages and statistics for San Diego weather in February. 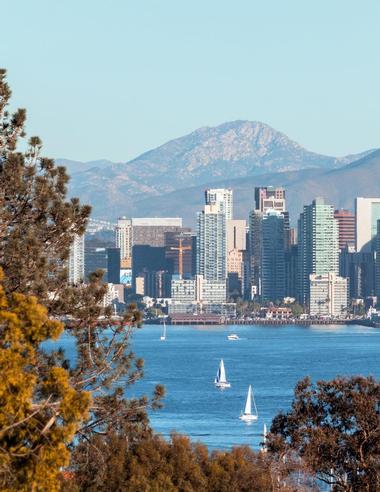 February is the final month of winter in the Northern Hemisphere, so temperatures are usually quite low at this time of year but starting to warm up ever so slightly when compared to the previous months of December and January. The same is true in San Diego, which has average February temperatures of 59 °F (15 °C), just a little higher than the city's average ratings for January.

In February, temperatures in San Diego can vary from mild to slightly warm, with highs of around 67 °F (19 °C) and lows of 51 °F (11 °C). This means you can enjoy the outdoors on a typical February day in San Diego, but may need to wrap up in some warm clothing for the evenings as the temperatures start to drop.

As for rainfall, February is actually the wettest month of the year in San Diego, so this is definitely not a good time to visit if you want to spend all your days outdoors and make the most of fun family attractions like the San Diego Zoo or Legoland. The city sees an average of 53mm of rainfall during February, spread out over seven days on average.

It's also worth noting that February is one of the months that sees a very low amount of sunshine for San Diego. The city is known as a sunny and bright place, but it only gets eight hours of sunshine per day on average in February, which is just slightly higher than the seven hours of January.

You are reading "San Diego Weather in February" Back to Top

3.Things to Do in San Diego in February 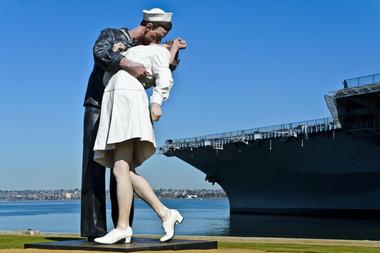 Given that February is a relatively cold and wet month for San Diego, this isn’t the best time of year to visit the city unless all the things you want to do are mostly indoors. Outdoor attractions in San Diego like Legoland, the San Diego Zoo, and SeaWorld are less enjoyable at this time of year due to the weather conditions. However, the relatively bad weather does mean that San Diego is less busy in February compared to warmer months, so it’s a nice time to visit for people who want to avoid the crowds.

You are reading "San Diego Weather in February" Back to Top

You are reading "San Diego Weather in February " Back to Top

22 Best Things to Do in Crescent City, California

22 Best Things to Do in Healdsburg, California