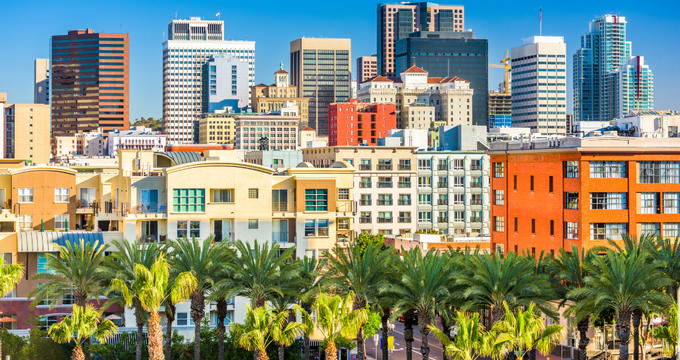 San Diego is the second biggest city in California after Los Angeles, and is one of Southern California’s premier tourist destinations. It’s a vibrant, beautiful city with an impressive skyline and an even more impressive list of landmarks and attractions. The San Diego Zoo, for example, is one of the largest zoos in the world, while the city is also home to other family-friendly locations like Legoland and SeaWorld. Places like the Point Loma Lighthouse, Serra Museum, and Balboa Park also provide many other great ways to spend each day, and San Diego is also popular for beach getaways, offering some of the best sand and surf on the West Coast. CDC information for travelers. Hours/availability may have changed. 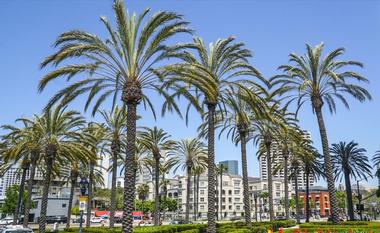 If you’re thinking about visiting San Diego, it’s definitely a smart idea to do your research ahead of time in order to make the most of your trip. As previously mentioned, San Diego is a highly popular touristic spot that sees a lot of visitors, so you want to try and enjoy the city’s attractions while also aiming to avoid the crowds, if you can. The city has lots of sunny weather and warm temperatures all through the year, so there’s almost never a bad time to visit San Diego. However, some months reach more rain than others or higher wind speeds, making them less suitable for outdoor fun at places like the San Diego Zoo. To learn more, let’s take a closer look at the average temperatures and weather statistics for San Diego in April. 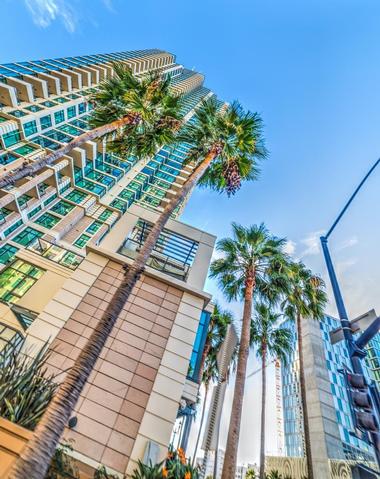 April is a popular month with many people all around the world. It's right in the middle of spring, with summer just around the corner, so the sun is coming out more often each day and the temperatures are getting warmer, especially in a city like San Diego. The average daily temperature in April for San Diego is 62 °F (17 °C), so it's just a little warmer than the previous month of March.

Temperatures can start to rise higher in April compared to the other early months of the year, with daily high averages of 68 °F (20 °C). The average lows are also starting to rise at this time of year, and temperatures rarely go below 56 °F (13 °C) in San Diego in April. This means that conditions in the city range from mild to warm on a typical day, and even the evenings are quite mild.

On average, the lowest April temperatures in San Diego are seen at the start of the month, with April 1 having daily averages of 63 °F (17 °C). As the month progresses, the averages start to rise, reaching 66 °F (19 °C) by April 30, so if you want to enjoy the best April weather in San Diego, it makes sense to visit the city in the last week or two of the month.

In terms of precipitation, San Diego is generally a very dry city that doesn't see a lot of rain, and April is a relatively dry month. Most of San Diego's rain falls in winter, with February being the wettest month of all, so it starts to get drier as summer approaches. Only 18mm should be expected on average in San Diego in April, spread out across four rainy days in total.

You are reading "San Diego Weather in April" Back to Top

3.Things to Do in San Diego in April 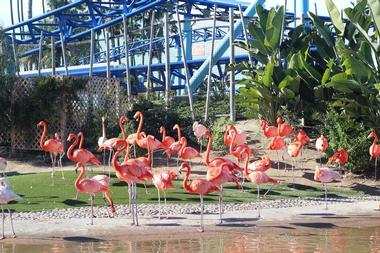 Since the weather in San Diego in April is starting to get a little warmer and drier, it’s a great time to visit the city and a perfect month for people who want to enjoy the city’s outdoor attractions without having to worry about the busy summer crowds. The mild to warm temperatures are perfect for days out at places like Legoland and the San Diego Zoo, and there are some special events in the city during this month too like the Del Mar Hose Show and Crew Classic rowing event.

If you’d prefer to stay indoors or find yourself in San Diego on a rainy April day, the city has lots of great shopping streets to explore, with plenty of branded stores. There are also lots of good eateries around the city, with a variety of local and international cuisine styles. Live shows are a big feature of San Diego too, and the city has dozens of highly rated museums and exhibitions.

You are reading "San Diego Weather in April" Back to Top

You are reading "San Diego Weather in April " Back to Top