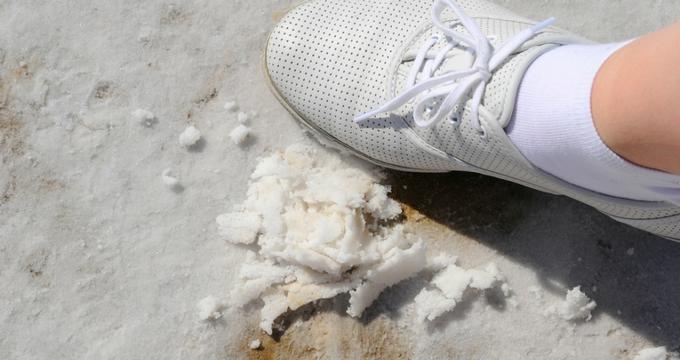 In the northern part of the Mojave Desert, located in Death Valley National Park in California, lies serene Saline Valley. Although the name of the national park itself may not sound particularly enticing, it is an interesting area with many natural beauty elements.

According to historians, during prehistoric times Saline Valley was occupied by a Native American tribe called the Timbisha, who lived in Death Valley for over 1,000 years. Unfortunately, due to issues with the pronouncement of the Death Valley National Monument in the early 20th century, the Timbisha were eventually scattered throughout California. Saline Valley was brought into the spotlight as a key spot for sourcing minerals during the 19th and 20th centuries, and salt and borax were some of the more common minerals found here. As the years progressed, the people of Saline Valley decided it was time to modernize themselves, and in 1911 an aerial electric tram was constructed in order to make salt mining more efficient. Unfortunately, this tram turned out to be costlier than predicted and was never completely finished and the valley is now accessible only by a dirt road. The Inyo Mountains and the Nelson Range are found on opposite sides of the Saline Valley. There is a dry lake at the center of the valley, once a habitat for plant and animal life, but is unlikely to be filled with water in the near future.

During the 1960s, Saline Valley saw an increase in tourists visiting the area. These particular tourists were in fact nudists, who enjoyed the valley because of its beautiful hot springs. The local park rangers and service volunteers decided to build tubs, showers, sinks, and outhouses in order to accommodate the guests. The water temperature of the hot springs is an average of 107 degrees Fahrenheit, and local park rangers are generally hesitant to tell visitors their location due to the increasingly hot temperatures. Visitors are only allowed into the hot springs for a maximum of 30 days in the year, and only when there is a park ranger on site. Although nudity is frowned upon in Saline Valley, many tourists do still choose to go nude.

There are three different sections of the Saline Valley hot springs, namely an upper, a middle, and a lower section. While the upper spring has remained natural and untouched, the middle and lower springs have been transformed from their natural glory to include showers and hot spring tubs, whereby the most functional and useful is the middle spring due to its constant flow of water. There are no campgrounds or facilities near the hot springs that allow overnight access. However, there are some nudists and nature lovers who come to use the area around the hot springs as a campground.

Other Uses and What's Nearby

Saline Valley has most recently been used to accommodate the United States Military. The airspace that occupies the Saline Valley belongs to the military, which is why many jets can be spotted flying over the area. Military training and aircraft training form a large part of the Saline Valley's daily activities and a small runaway was laid close to the hot springs. The Saline Valley Road leads to Saline Valley, but it is only accessible to cars and there are no bus stops or train stations located near the valley. The terrain that leads up to the Saline Valley can be accessed by four-wheel drive vehicles that can deal with the rugged terrain. For daring adventurists, Saline Valley is a great place to ride dirt bikes or ATV bikes.