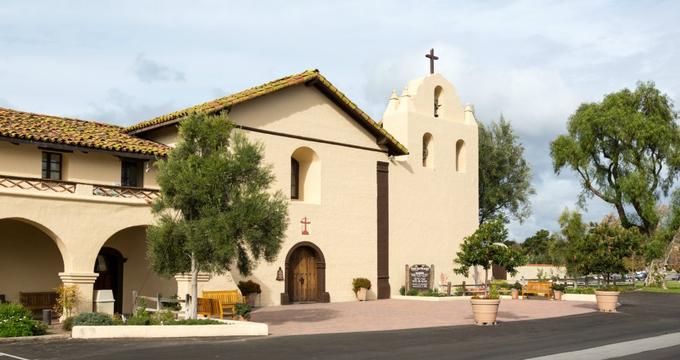 Old Mission Santa Ines, located in Solvang, California, is committed to the spiritual teachings of Jesus Christ and works with the Sisters Devoted to the Sacred Heart and Capuchin Franciscan Friars to shepherd the Catholic community in the Santa Ynez Valley. Preserved in the original 1804 mission style, the parish serves both the English and Hispanic communities with liturgical and apostolic opportunities. 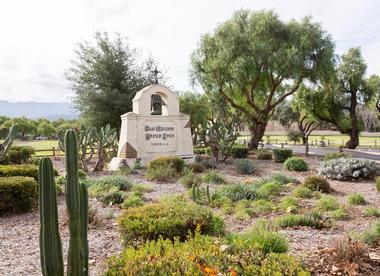 The Santa Ines Mission was founded in 1804 by Friar Estevan Tapis. The 19th of 21 missions in California to be established by the Franciscan Fathers, these missions were governed by the Spanish crown and military. The missions worked to teach the native populations the Spanish culture, religion and a trade. The military used the native people as free labor and a source of provisions.

The Chumash were the native people at the Santa Ines Mission along with Fr. Jose Calzada and Fr. Romualdo Gutierrez who are buried beneath the altar. The skills learned by the Chumash people at the mission were ranching, farming, weaving, leather working, and candle making. In 1825 Santa Ines Mission was secularized and the padres were replaced by government appointed managers. The Mexican government replaced all of the Spanish Franciscans and only provided for the Chumash’s spiritual needs and began to mistreat the Chumash. Most of the Chumash left the mission and went to work on ranches or returned to their villages.

In 1844, Our Lady of Refuge, the first seminary in California was built at the Mission. The first grade school for settler’s was also established with a new seminary that was opened a few year later named Our Lady of Guadalupe just 1.5 miles away.

In 1862 President Lincoln returned part of Santa Ines Mission to the Franciscans but it was not until 1904 that Fr. Alexander Buckler came to Santa Ines to begin the restoration work. With the help of his niece, Mamie Goulet, some homeless that had taken residence in the garden and some of the Danish settlers, they rebuilt some of the mission buildings and the bell tower that collapsed in 1911.

The Capuchin Franciscan Fathers are assigned to Santa Ines from Ireland in 1924. They began a massive renovation to the Mission in 1947 to add a second story to the convent which had collapsed in 1812 during an earthquake. They also established the museum and began to preserve and catalogue all the artifacts that were discovered within the mission buildings. 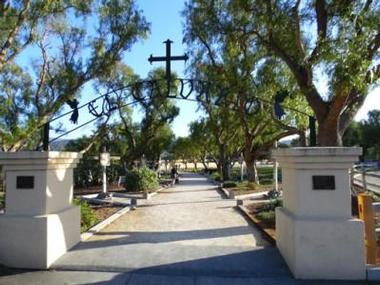 The museum, church and gardens are open to the public for daily tours except on Easter, Thanksgiving, Christmas, and New Year’s Day. All tours begin in the Mission Gift Shop and are self-guided. Docents are available if scheduled in advance for group tours. History sheets are available in five different languages in the first room of the museum.

Santa Ines boasts an impressive collection of paintings and statuary. The Archangel Raphael is currently on display and is the only Mission period painting by a native convert. Many of the church decorations are done by neophyte artists. The museum also has 4 bells that are significant to the history of Santa Ines Mission dating back to 1804 and six music manuscripts that have survived over 200 years.

Visitors will also see the largest and most valuable collection of early 15th century -1718 church vestments in California. Mission Santa Ines was a depository for earlier mission in Baja California and Mexico and had amassed many treasures including 500 silk vestments that are older than the missions themselves.

The Archival Center is not open to the public but research requests can be made during office hours. 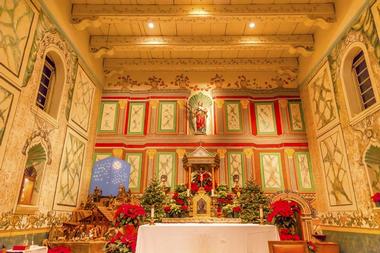 Santa Ines Mission still offers many ministries to the English and Hispanic communities. There are First Communion and Faith Formation classes offered for youth beginning in second grade for children who have been baptized. Confirmation, Young Adult, and Adult classes, Family Life Ministries which focus on weddings, bereavement, marriage counseling, and baptism, and Pastoral Care Ministries.

Back to: Best Things to Do in Solvang, California