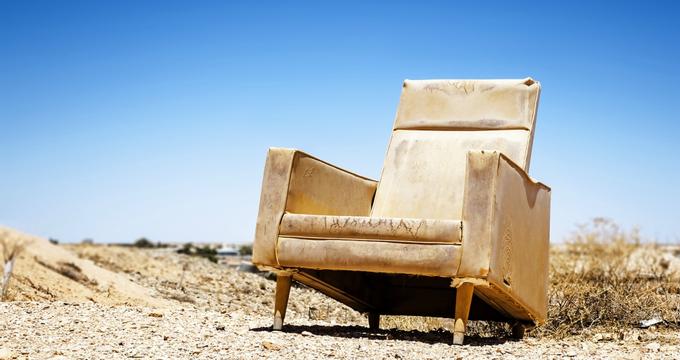 At first glance and without any context, California City might seem like any other town in America. However, when you put together the data, a very different story emerges. According to the 2010 census, the population of California City in that year was 14,210, making it the 331st largest city in the state by population. Nothing remarkable there; but, considering how many square miles the city has, 203,631, it is the third largest city in the state by area. What happened?

In 1958, real estate developer and sociology professor Nat Mendelsohn started buying up around 80,000 acres of the Mojave Desert. His plan was to create a brand-new boomtown to rival on the ever-growing population of Los Angeles. He designed his model city with Central Park at its center, containing a 26-acre artificial lake. It didn’t quite go to plan though, as growth fell amazingly short of his expectations. Today, visitors to California City can drive along the crumbled paved roads that were meant to define the residential blocks. The actual developed city takes up only a small portion of the grand plan. Satellite photos reveal just how big the skeleton is and how small its beating heart remains. It’s a stunning example of how even the best-laid plans of mice and men can crumble; perhaps it is the American Dream epitomized, where failure can come just as easily as success.

It’s not all entirely bleak, however, and the population has grown from 3,200 people in 1985 to the relatively bustling 14,210 that it is estimated to be today. It was incorporated as a city in 1965. Certain parts of the plan have blossomed, and while Central Park might not be as busy as Mendelsohn dreamed, it is a pretty green oasis in the middle of the Mojave Desert. The city has its own community college, fire services, and police and school systems. It is home to an independent baseball team, a municipal airport, and a PGA golf course. The city acts as a home to the workforce stationed at the Edwards Air Force Base located just to the south of the city. It even has its own Mojave Air and Space Port. Land prices have remained low and some may now see it as a prime investment opportunity, so perhaps California City is just a late bloomer.

There remains little to do or see in California City other than marvel in the glorious, almost dystopian, failure of the city itself, but if you do find yourself travelling here, you’ll find it welcoming and, above all, cheap. It’s a perfect base of operations for anyone planning to get out and explore the desert.

More Things to Do in California