10 Best Things to Do in Vacaville, California Vacaville is a charming city in Northern California's Solano County, considered to be part of both the San Francisco Bay Area and the Sacramento Valley. It is best known as the home of the Nut Tree Airport, which showcases historic aircraft from the 20th century, and the Vacaville Premium Outlets retail center. Each year, the city hosts the annual Vacaville Fiesta Days celebration, showcasing a parade and an electric car showcase. 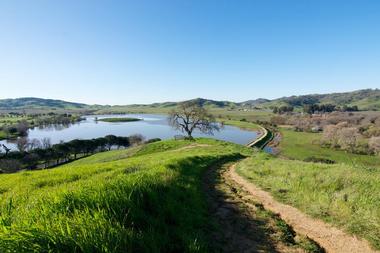 Pena Adobe and Lagoon Valley Park is a charming 470-acre public park in Vacaville that offers expansive unspoiled natural areas and sweeping views of the nearby peaks of Solano County, located just off of Interstate 80. The park is a popular spot for non-motorized boating and fishing at its Lagoon Valley Lake, which is safe to traverse for experienced and novice boaters alike due to its depth of only approximately six feet. Visitors can hike and bike trails throughout the park, including a 20-mile loop route and a 7.5-mile mountain biking route that ascends more than 1,100 feet in elevation. At the peak of the route, a wooden swing offers prime sunset views. Other park amenities include a disc golf course, archery course, and a 30,000-square-foot off-leash dog park. Each April, the Loop the Lagoon race offers two-mile, 5K, and 10K events.

-- You are reading "10 Best Things to Do in Vacaville, California" Back to Top 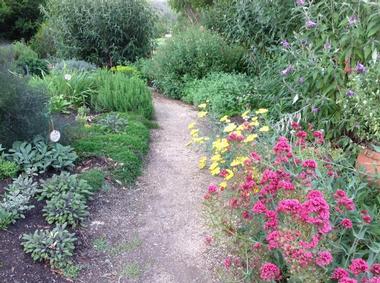 Morningsun Herb Farm is a quaint family-owned herb farm located on the farm property of the Loveall family, open to the public Thursdays through Sundays during the afternoon hours. Owners Rose Loveall and Dan Sale have grown the farm over the years to offer a wide variety of herbs, vegetable plants, succulents, and drought-resistant perennials, available for purchase within the facility's greenhouses. Visitors can also stroll through the farm's sun and shade gardens, which showcase a variety of herb and perennial plantings in varieties that are for sale at the farm. Garden art, soils and fertilizers, and gardening supplies are also available for purchase, and a variety of public workshops on gardening, planting, and crafting are offered to the public throughout the year.

-- You are reading "10 Best Things to Do in Vacaville, California" Back to Top 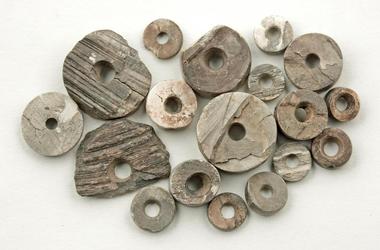 The Vacaville Museum is the premiere social and cultural history museum of Solano County, operated as a private nonprofit institution within the Solano County Museum Consortium, which also oversees the county's Benicia Historical Museum, Rio Vista Museum, Western Railway Museum, and Vallejo Naval and Historical Museum. The museum was opened in 1984 by the Solano County Historical Society and showcases a variety of rotating exhibits throughout the year. Past exhibits include Women I Have Encountered, which documented the role of influential women in social justice throughout the region's history. Public workshops are offered periodically at the museum for visitors of all ages, focused on a variety of cultural topics. Visitors can also explore the museum's gift shop, which sells local history books and artisan goods.

, OH -- You are reading "10 Best Things to Do in Vacaville, California" Back to Top 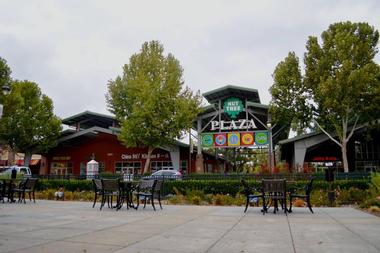 The Nut Tree Plaza was originally opened in 1921 as a roadside fruit stand in Vacaville along Interstate 80 and grew to become one of the region's major entertainment complexes, offering a restaurant, bakery, toy shop, airport, and miniature railroad at its peak. Though the complex closed in 1996 and again in 2009, it has recently reopened as a renovated master-planned development, showcasing nearly 400,000 square feet of retail space, apartment and office units, a public event center, and a two-acre children's amusement center. Anchor stores include Saks Fifth Avenue Off 5th, Old Navy, and Michael's, with more than 25 dining options offered, including national chain favorites such as Buffalo Wild Wings, Chipotle, and Starbucks Coffee. Children's rides include the famed Nut Tree Railroad Engine #5, a charming children's carousel, and larger-than-life checkers and chess games for family play.

-- You are reading "Fun Things to Do in Vacaville, California this Weekend with Friends" Back to Top 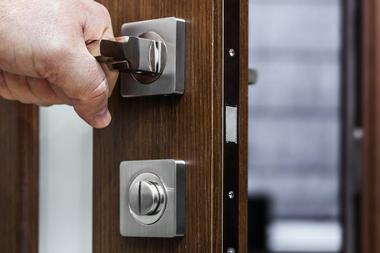 
Beat the Room is a unique escape room experience offering two locations in Vacaville and Rocklin, originally opened in July of 2016 by a pair of Rocklin siblings. The attraction offers several unique escape rooms designed to be used by teams of two to eight participants, with an hourlong time limit for solving clues to figure out how to escape. Rooms include 221b Baker Street, which is a Sherlock Holmes-themed detective challenge, and The Plundering, a pirate-themed adventure set in the 18th-century. The attraction's lobby area can accommodate groups of up to 60 participants for private special events, including corporate team-building events.

-- You are reading "What to Do in Vacaville, California this Weekend" Back to Top


Vacaville’s Imagine That! is a hands-on science and technology center for children and families, originally opened to the public in 2016. The interactive learning center is housed within a 6,100-square-foot complex that is also home to a Vacaville Boys and Girls Club branch, with event space for private special event rentals. Exhibits and activities emphasize STEM principles and strive to foster lifelong learning principles in young children.

-- You are reading "Top Romantic Tourist Attractions in Vacaville, California" Back to Top 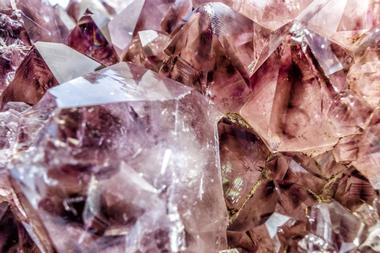 Consolidated Rock and Mineral Shop is the American West Coast's largest rock and mineral store, showcasing a large collection of beautiful natural rocks and gemstones sure to delight amateur and professional collectors alike. The shop is located within a small tin warehouse facility and also showcases a variety of shells, fossils, and crystals, along with a special room devoted to amethyst crystals of all shapes and sizes. Rock and mineral deposits range from small stones to impressive large specimens, including collector's items and rare finds. All items are for sale at the shop, ranging in price from a few cents to thousands of dollars.

-- You are reading "What is There to Do with Kids in Vacaville, California" Back to Top 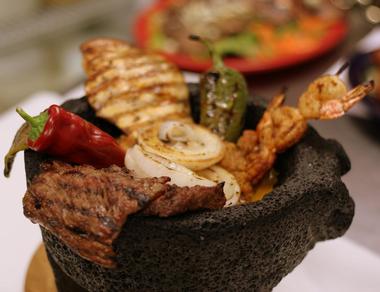 Los Reyes Restaurante and Cantina is a lively Mexican cantina in Vacaville's historic downtown district, serving up a wide variety of traditional Mexican cuisine favorites and dishes with a contemporary flair. All dishes are prepared with the highest-quality ingredients possible, with many crafted with locally-sourced meats and produce. Taco, tamale, and enchilada plates are available at lunch and dinner, along with favorites such as burritos, chimichangas, quesadillas, and chile rellenos. Land and sea entrees are also served, including mole poblano, mariscada, and camarones al mojo de ajo. A full-service bar offers Mexican cocktails prepared with the restaurant's exclusive ANAYA brand tequila. 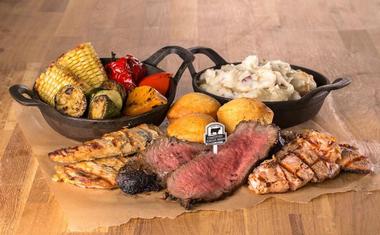 Buckhorn BBQ is a family-friendly chain restaurant that was born out of a chef's market stand in Napa, California in the 1990s, opening its first sit-down restaurant location in 1999 in San Francisco's Metreon neighborhood. The laid-back restaurant serves up a variety of expertly-grilled meats, including its signature tri-tip steak. All dishes use fresh, locally-sourced ingredients whenever possible to create the highest-quality dining experience possible. Diners can choose from a variety of sandwiches, burgers, and barbecue plates, featuring delicious hand-pulled pork, flavorful chicken and grilled salmon, and high-quality beef. Family feasts add sides to feed large dining groups, while a gluten-free menu caters to diners with dietary concerns. Local microbrews, fine wines, and cocktails are also served from the restaurant's full-service bar.

10 Best Things to Do in Vacaville, California

You are reading "10 Best Things to Do in Vacaville, California " Back to Top

12 Best Things to Do in Indio, California