10 Best Things to Do in Cerritos, California 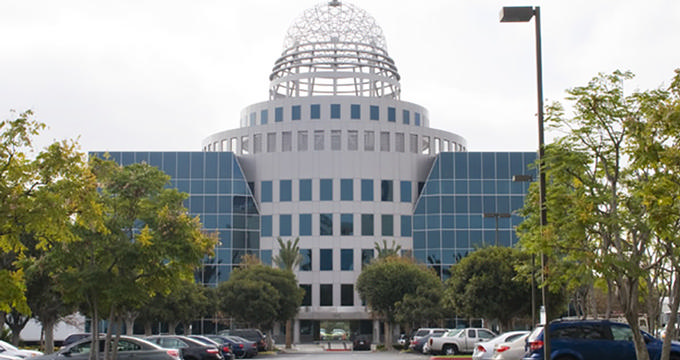 Cerritos has become one of the Los Angeles region's most affluent suburbs, part of the Gateway Cities region of southeastern Los Angeles County. It is conveniently located near both Disneyland and the attractions of downtown Los Angeles and Hollywood, known for its nationally-recognized civic buildings and Olympic swimming and fitness center, used as a practice facility for the 1984 Summer Olympics. 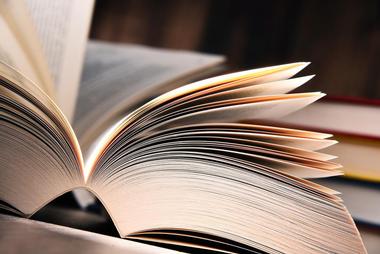 Cerritos Library was originally designed and constructed in the 1970s as a new municipal library for the city separate from the greater County of Los Angeles Public Library system. It was redesigned and rededicated in 2002 as the Cerritos Millennium Library, conceived as a "library of the future" and the world's first Experience Library, offering more than 200 computer workstations and 300,000 books. It now encompasses 88,500 square feet and features a small children's reading museum with a pint-sized aquarium, theater, arts and crafts room, and a model space shuttle. Other themed reading areas include an Old World Reading Room, which offers rare leather-bound books and historic first additions, and an Art Deco-style World Traditions Room, which offers print and multimedia resources in a number of international languages. It has been named as America's best public library by publications such as Reader's Digest and is affiliated with the Smithsonian Institution.

2.Cerritos Center for the Performing Arts 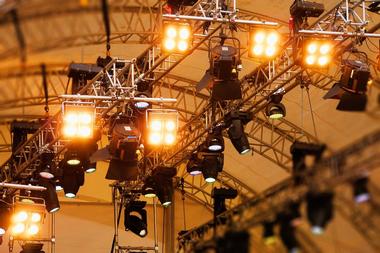 Cerritos Center for the Performing Arts is Cerritos' premiere performing arts venue, owned and overseen by the City of Cerritos. The facility is modeled after iconic SoCal venues such as the Los Angeles Music Center and the Orange County Performing Arts Center, constructed in 1987 at a cost of $60 million. Today, it hosts more than 150 concerts and theatrical performances between August and May and has hosted top international artists and companies such as Frank Sinatra, Whitney Houston, and the Royal Shakespeare Company. The 154,000-square-foot entertainment complex features a convertible theater that can be arranged in six different settings, including arena and recital hall seating. Conference and banquet facilities are also available at the Sierra Conference Center. 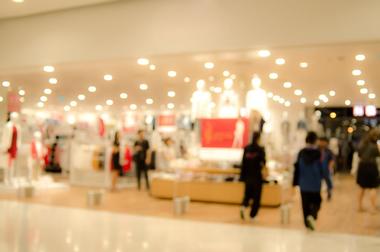 Cerritos Towne Center is a major retail park within Cerritos' city center that houses civic structures such as the Cerritos Center for the Performing Arts, the Cerritos Millennium Library, and Cerritos City Hall. The center was constructed on 125 acres of former dairy farm land and opened its first phase to the public in 1990, with commercial retailers opening to the public four years later as part of its second phase. Today, the center is home to anchor stores such as Best Buy, Trader Joe's, Kohl's, and Wal-Mart, along with specialty women's, men's, and children's retailers such as Dress Barn, Men's Wearhouse, ULTA, and GNC. A number of popular chain restaurants are also housed throughout the open-air center, including Mimi's Cafe, T.G.I. Friday's, Macaroni Grill, and Starbucks Coffee. 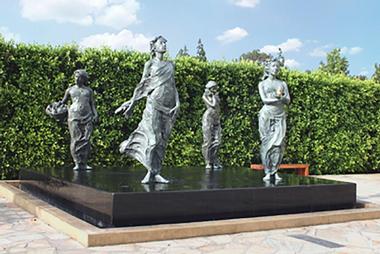 Cerritos Sculpture Garden was dedicated to the community of Cerritos in 2006 as a 50th anniversary present for the city and its people. The garden is overseen by the City of Cerritos and offers a growing collection of public artwork set across spacious outdoor areas lined with trees, courtyard walls, and public seating areas. The space continues to grow and develop, offering a showcase capacity of 20 sculptures. Current sculptures include the Cerritos Air Disaster Memorial, remembering the victims of a 1986 Aeromexico crash that killed 64 passengers, and the stainless steel light sculpture Infinity, designed by artist Cliff Garten to change color throughout the day and interact with the garden's lighting and shadows. Rotating sculptures are also showcased for several years at a time, with past works including Lyle London's Flame and Jeff Zischke's Joker. 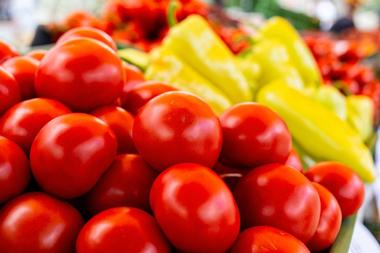 
Cerritos Farmers Market is a weekly urban farmer's market held every Saturday morning at the Cerritos Towne Center between 8:00am and 12:00pm. The market is held within the parking lot of the Cerritos Center for the Performing Arts and offers farm-fresh seasonal produce from local farmers, along with a wide variety of home and baked goods, including flowers, honey, and bread. The market has been managed by the City of Cerritos since 2001 and is held weekly rain or shine throughout the year, with the exception of major holidays. Free parking for market customers is offered at the Cerritos Center for the Performing Arts. 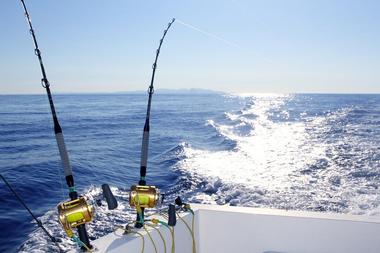 
Sport Fishing with Dan Hernandez is the charter fishing tour company of local SoCal celebrity Captain Dan Hernandez, host of the reality sportsman television show Sport Fishing with Dan Hernandez, which is California's longest-running fishing television program. The master fisherman has been educating the Los Angeles region on angling for more than 30 years, teaching both novice and expert fishermen skills to help them navigate Southern California's seasonal migrations and water conditions. Private and group fishing charter excursions are available, chaperoned by Hernandez himself. Television fishing excursions may also be booked, giving visitors a chance to be featured as guest fishermen on Hernandez's weekly television series. 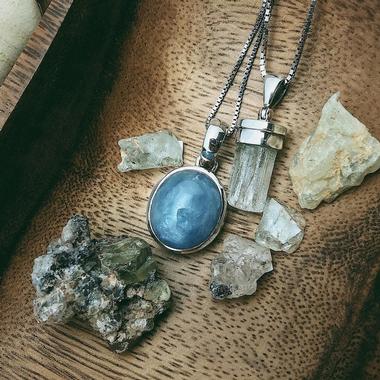 Native Visions is a family-owned Native American jewelry gallery and store that brings the Santa Fe artisan shopping experience to Southern California. The gallery honors the artistic visions and talents of celebrated indigenous artists throughout the American Southwest, including handpicked pieces created by prominent contemporary Cherokee, Navajo, Hop, Zuni, and Santo Domingo artists. The gallery has been in business since 1993 and focuses on turquoise, coral, and other semi-precious stone jewelry, offering full men's and women's collections alongside a wide selection of crystals, palm stones, and other precious stones. In addition to pieces available at the gallery's physical location, many additional items are available for purchase on the store's Etsy site. 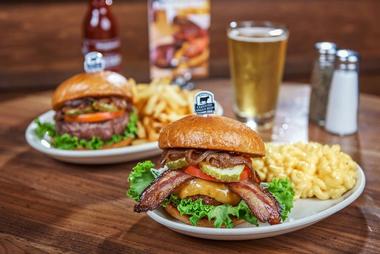 Wood Ranch BBQ and Grill is a chain of casual American grill restaurants that offers 10 locations throughout the Southern California area, including a location at Cerritos Towne Center. The award-winning restaurant has been featured in national and international publications such as Zagat, The Los Angeles Times, The Huffington Post, and The Wall Street Journal, earning accolades as Southern California's best barbecue restaurant. It is known for signature dishes such as its Premium American baby-back ribs, USDA Choice tri-tip roasts, and high-quality Angus steaks and burgers. A wide selection of bar appetizers and health-conscious fare is also offered, along with a full children's menu and to-go service. Beer flights are served from its full bar, along with an extensive wine and cocktail list. 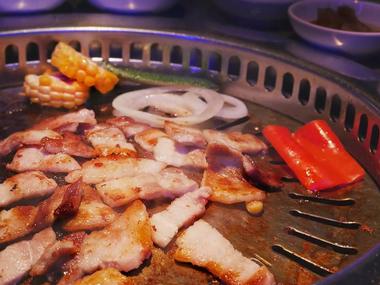 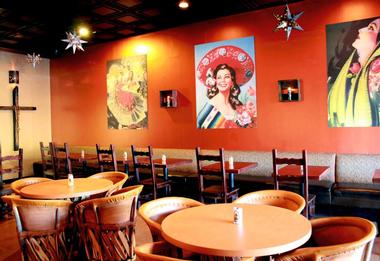 10 Best Things to Do in Cerritos, California

19 Best Things to Do in Avalon, California