10 Best Things to Do in Atascadero, California 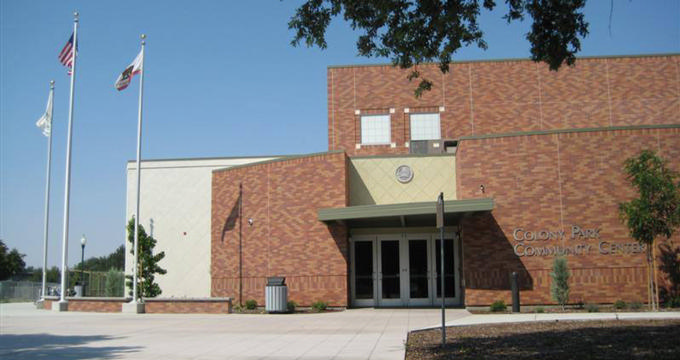 Atascadero offers a selection of sights like the Charles Paddock Zoo and Bristol’s Cider House. Visitors who love exploring the outdoors can hike the popular Jim Green Trail or play a round on the Chalk Mountain Golf Course. 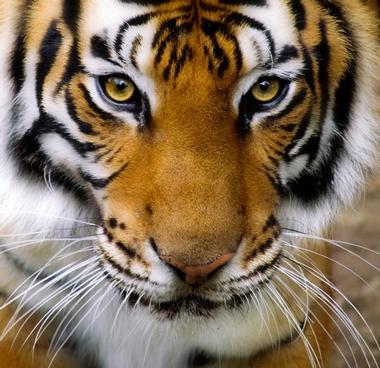 Charles Paddock Zoo is favored by families who want to spend the day outdoors meeting an array of wildlife. The five-acre community zoo initially opened in 1955 and has been at its current location since 1963. There are over a hundred animals, in varying species, for you to see and learn about during your visit - including Menderu, a male Malayan tiger. Other animals you can see while you’re there are titi monkeys, prehensile-tailed porcupines, lemurs, tortoises, pythons, and bullfrogs. Ornithology aficionados will be excited at the opportunity to see birds such as the blue and gold macaws, Sulawesi ground doves, and Caribbean flamingos. 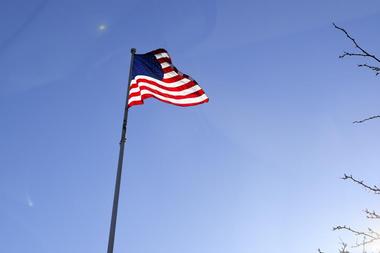 The Faces of Freedom Veterans Memorial was constructed for people to have a place that remembers veterans of the past, honors military members serving presently, and teaches the youth of the future. The memorial comprises three parts which you’ll get to explore: Pathway to Freedom, Heroes Wall, and the Statue. Pathway to Freedom is a walkway paved with engraved bricks which have dedicated to men and women who have sacrificed a great deal for the United States’ freedom. Heroes Wall is a 70-foot curved wall which has engraved descriptions of each of the US conflicts since World War I. The Faces of Freedom sculpture, also known as ‘the Statue’ is a visual and artistic timeline of the selfless service of the military. 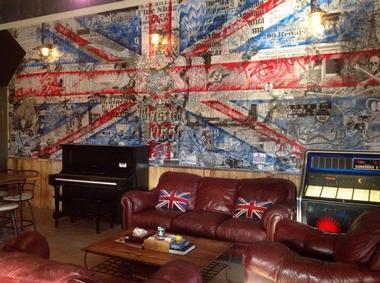 The Central Coast of California’s original cider pub, Bristol’s Cider House features an array of unique artisan ciders. You will be able to quench your thirst on all of the Lone Madrone ciders as well as many of their wines. The friendly and knowledgeable staff will be more than happy to share their knowledge of cider, its history, and the creative and technical process behind its production. Their tastings will take you through a selection of five of their current ciders, allowing you to sample its varied flavors. All ciders are seasonal and tap list varies from time to time, but if you get the chance, be sure to try popular favorites like the citrusy and floral Changala, Carnie, which is aged in bourbon barrels, and Green Fairy, which is fermented with rye whiskey and is exclusive to Bristol’s Cider House. 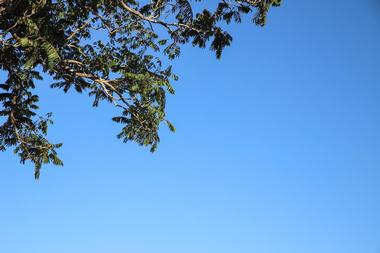 The Jim Green Trail is a short hike that is popular with locals and visitors as it isn’t difficult and provides amazing views of hills, oak groves, and the surroundings. The dog-friendly hike lets you see the outdoorsy side of Atascadero with a 1.7-mile range and 100 feet of elevation. There is a small parking lot for you to get started from; you’ll proceed along a fence which barricades the nearby train track. It’s a loop trail which lets you pick which direction you want to start your adventure in. Much of the trail is shaded and you’ll be able to see beautiful trees that have vibrant leaves and hanging moss. 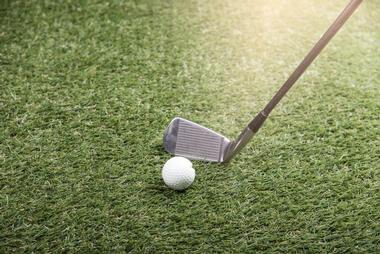 
A part of SLO County Golf’s Trio of Courses which also comprises Morro Bay and Dairy Creek, the Chalk Mountain Golf Course is a great green that is suitable for golfers of all ages and skill levels. As you play through the meandering creeks, ancient oak groves, and rolling fairways, you’ll find that the championship golf course is enchanting and full of character. The course now offers its players the opportunity to travel the green on GolfBoards, which is a fun way to get around and ‘surf the earth’ from shot to shot. It’s a fun place to have a group outing, corporate event, or to even plan and execute your very own golf tournament.


Atascadero’s premier 18-hole miniature golf course, Mr. Putters’ Putt Putt can be found in the lively downtown area. It is an ideal attraction for a fun evening with friends and family, as well as birthday parties and group events. Mr. Putters’ encompasses everything that makes mini golf a beloved American pastime, from challenging windmill shots to the animated atmosphere. Mr. Putters’ Sluice Box is an additional on-site attraction which kids love; there’s Gemstone Sluicing and Fossil Dig, which gives you your own set of archaeological supplies to sift through sand and discover your very own fossils. 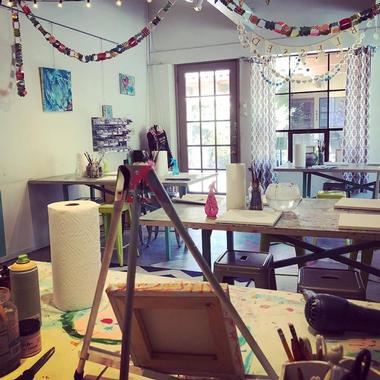 Heartwork City Studios is owned and operated by licensed artist, Denise Braun, who received her degree in clinical psychology only to realize that therapy is useless if you aren't in touch with your passions and desires. The studio is an outlet which allows you to unleash yourself by unlocking your potential and developing the skills you need to lead a fulfilling life. Visitors are invited to get as involved as they’d like, whether it be browsing through the artwork in the gallery and meeting friendly faces or partaking in art therapy which focuses on healing through art. The Paint & Pinot classes mix art and wine is a fun way to spend the evening alone or with friends. 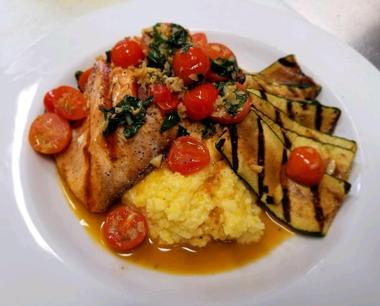 Street Side Ale House & Eatery provides one of Atascadero’s most enjoyable dining experiences comprising killer modern pub cuisine, fun ambiance, friendly staff, and an array of commercial and craft beer and wine. The restaurant has been an integral part of the community since its opening in 2015 and is renowned with their patrons for having a “good food, good beer, and good friends” type of environment. Immerse yourself in the rustic interior and feast on delicious foods like their street fries which are tossed with smoked bacon and rosemary, the cranberry chicken salad with the crunch of candied pecans, and their specialty steak & truffle mac ‘n’ cheese. There are different events every week like Taco Tuesday and Wine-Down Wednesdays for you to enjoy as well. 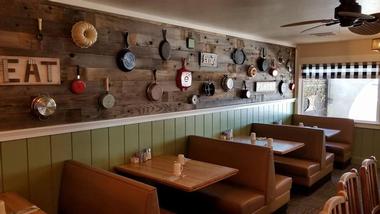 The Country Touch Cafe was opened in 1985 by Bonnie Peterson, who wanted to share her delicious family recipes with the people of Atascadero. It became an instant success and quickly became favored by locals and visitors alike. Now, over thirty years later, the Country Touch Cafe has remained in the family and continues to serve the tried and tested family recipes which made it so popular years ago. Stop by for a home cooked meal; they’re famed for their signature breakfasts such as the Southern Breakfast which has sausage patties sandwiched between homemade biscuits and smothered in gravy. Pick from their array of chilis, soups, salads, hot and cold sandwiches, and other delicious for a fulfilling meal. 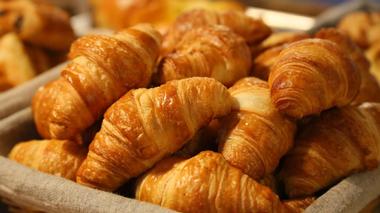 Hush-Harbor is a family owned and operated artisanal bakery that is renowned for their offering of traditional cafe eats and house made breads and desserts. Start your day right with a delicious breakfast of eggs Florentine, blueberry pancakes, or French toast - don’t forget to have some of their daily-baked bread served hot and straight out of the oven. Other popular options on their menu are the array of salads, all of which are tossed in your choice of house-made dressings, or their hot or cold sandwiches like the Hush Burger which is topped with maple bacon. If you’re not in the mood to dine, stop by to purchase some baked breads and desserts to take back with you.

What is there to do near me this weekend, cheap family vacation activities: Zoos near Charlott, Asian Massage, Camping in Ohio, Solvang, Germantown, Castles in Germany, Maine Islands, Lakes in Idaho, GA beaches, Maine Beaches, Tyler, Jefferson, Farg, WY

10 Best Things to Do in Atascadero, California

10 Best Things to Do in Altadena, California

12 Best Things to Do in Antioch, California

25 Best Things to Do in Sausalito

25 Best Things to Do in Santa Barbara, California

10 Best Things to Do in Santa Cruz, California