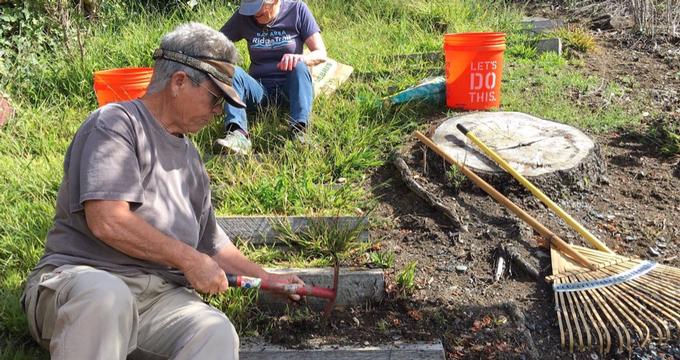 California is blessed with a long list of beautiful coastal cities, with Berkeley standing out as one of the most picturesque. Situated over on the eastern side of San Francisco Bay, Berkeley is perhaps best known as the home of the University of California, Berkeley, but it's also famous for its astonishing marina, gorgeous gardens and homes, amazing artistic spaces, and charming boutiques.

Berkeley is also, interestingly, home to an expansive network of public paths and walkways. Numbered by the city from #1 up to #136, the many paths of Berkeley provide a wonderful way for residents and visitors alike to explore the city, with the majority of these paths being marked with signs at each end. Some of them are well-maintained with concrete steps and railings, while others have been overgrown or left undeveloped over the years.

Harkening back to the early days of the city's history, these paths are an important part of Berkeley's heritage and identity. They give us a glimpse into the early days of the 1900s, when Berkeley was just starting to grow and develop, and they offer so many opportunities for people of all ages to roam and wander around their city. The Berkeley Path Wanderers Association works to preserve, maintain, extend, and enjoy these many paths.

An affiliate of the Berkeley Partners for Parks non-profit, Berkeley Path Wanderers Association is dedicated to the extension, creation, and maintenance of the public paths and walkways all around the city of Berkeley, CA. Making real, tangible contributions to the city and its people, this association is made up of community volunteers who work to raise awareness of the various paths and walkways around Berkeley by organizing various events and activities.

Just some of the work being done by the Berkeley Path Wanderers Association includes the preservation and maintenance of existing paths, as well as the development and expansion of the paths that have been left undeveloped or underdeveloped over the years. The team works tirelessly to raise funds for the construction of these paths, making them safe, open, and enjoyable to all. The Berkeley Path Wanderers Association also publishes a map of Berkeley's paths to help the public find them more easily, along with organizing free guided walks around Berkeley too.

- Donations - As a non-profit, Berkeley Path Wanderers Association is able to accept donations of all sizes and every donation to the association is tax-deductible. Donations can be made quickly and easily online with card or PayPal payments, or you can mail a check direct to Berkeley Path Wanderers Association 1442A Walnut Street, #269 Berkeley, CA 94709. All of the money raised goes back into the work of the association, helping to restore and maintain paths, as well as develop those which were left unfinished. Surveys can cost thousands of dollars and even a single step can cost around $20 in total, so every little bit of money helps to making Berkeley's paths better for everyone.

- Join the Association - To take your donation to the next level, you might also choose to become a member of the BPWA. Association membership dues are just $5 per person, and all members get unique benefits like access to member-only events, regular updates via an online newsletter, and a printed copy of the end of year report. You can, of course, choose to donate more than the minimum $5 and all membership donations are tax deductible.

- Volunteer - Are you interested in taking a more active role with the BPWA? If so, there are many volunteer roles and opportunities just waiting for you. From working on building, extending, cleaning, and maintaining the paths to becoming a board member, a booth volunteer, a salesperson, a newsletter editor, or a walk leader, there are many different tasks to be completed and roles to fill. People of all ages, experiences, and abilities can take part and make a real contribution to the work of this association, and you’re guaranteed to learn a lot and make some great friends along the way too, as well as enjoying that inimitable feeling that comes from giving back to your city and community.

21 Best Things to Do in Plymouth, California