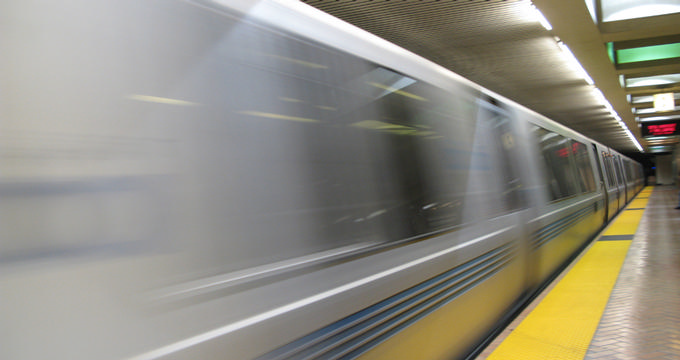 San Francisco is widely known as one of the cultural and technical hubs of not only California, but the United States as a whole. Leading the way in many fields while still respecting its history and heritage, San Francisco is a hugely popular place to live and visit, boasting numerous attractions, beaches, museums, and more. Epcot is immediately recognizable for its huge sphere standing right near the entrance and visible from almost any area in the entire park.

BART stands for Bay Area Rapid Transit and is the name given to the full network of elevated and subway rail systems that connect the San Francisco area with Oakland, Fremont, Berkeley, and other surrounding cities. With 48 different stations in total and six separate routes spread across 112 miles (180km) of rapid transit lines, the BART trains are the one of the fastest and most efficient ways for locals and travelers to get around the San Francisco Bay Area.

Before the BART train system, there was the Key System. This mass transit system operated in the early part of the 20th century and was comprised of streetcar and bus lines. It was the best way for people to get around at the time, but planning for an improved system, which would later become the BART trains, began in the 1950s. The Bay Area Rapid Transit District was established in 1957 in order to govern the BART trains.

It took a few years for the initial administrative planning phase to reach its conclusion, with construction of the BART train system beginning in 1964. Various issues plagued the construction, and the first passenger trains didn't start running until 1972. The first route ran between Fremont and MacArthur, with the additional routes and full system opening two years later, in 1974. Regarded as a pioneering system for public transport in a major city, the BART trains were heralded upon opening, but initial users were hesitant and wary regarding the system's safety.

Over the years, however, people grew to trust the BART system and various extensions and improvements made it even better. Millions of dollars of funding have gone into the BART trains over the last few decades, fitting the system with earthquake protection technology and additional features and services. Now, in modern times, the service boasts average of over 400,000 passengers every single weekday and more than 120 million each year.

Details of the BART Trains of San Francisco

On weekdays, BART trains operate from 4am through to midnight. The schedule changes to 6am opening times on Saturdays and 8am on Sundays, finishing again at midnight on both of these days as well. Trains are scheduled to run every 15 minutes through the working week and 20 minutes on the weekends. Whenever the trains aren't running, the tracks are checked and maintained to provide the maximum levels of safety and reliability.

There are six different routes currently featured on the BART system. The first one ran from Richmond to Warm Springs/South Fremont, but additional routes have been added over the years, with the latest addition, the Coliseum to Oakland International Airport line, opening in November of 2014 and not actually being connected to other BART tracks, despite being technically part of the same transit system.

Various kinds of tickets can be purchased for use on San Francisco's BART trains, with a color-coded ticket system in use to distinguish tickets for different age groups. Blue cards are the most common, while green cards are used for seniors, red cards for disabled or Medicare passengers, and orange tickets for people aged 18 and below. Clipper smart cards are sometimes used by locals who rely on the trains to get around on a daily basis, but regular tickets are the most commonly-used method of getting around on the BART system.

All BART stations are equipped with automatic ticket machines which accept both cash and cards. It's important to note that any young riders aged 4 or below can ride for free, but everyone else must have a ticket on them at all times. Fare gates are used throughout the BART system and tickets must be inserted into these gates upon entry and exit. Each ticket has a set value assigned to it, which gradually decreases as you travel around. When the value of the ticket reaches $0 or is no longer sufficient to pay for your journey, you'll be instructed to add more fare.

Best Things to Do: Relax on Vacation at The DEN Meditation Studio in Los Angeles

12 Best Things to Do in Roseville, California