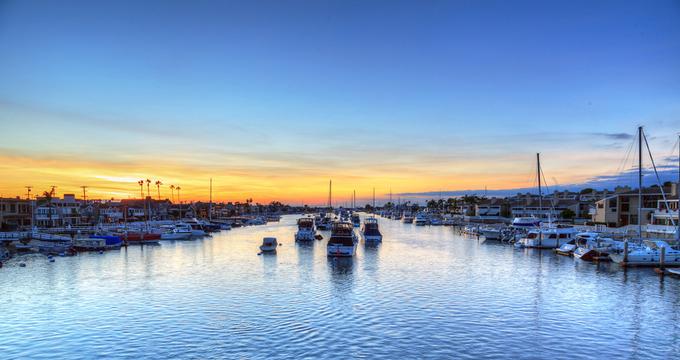 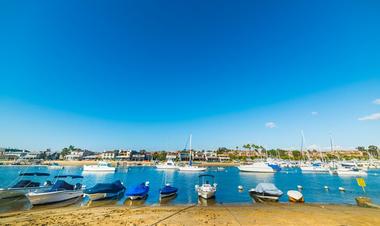 Balboa Island is an exclusive residential community and there are no hotels on the island, however there are hotels nearby that can be reached by shuttle services that run to Balboa Island and other local landmarks.

Home to more than 3,000 residents on just 0.2 square miles, Balboa Island is one of the densest communities in Orange County and one of the most expensive real estate markets in the United States outside of Lower Manhattan. 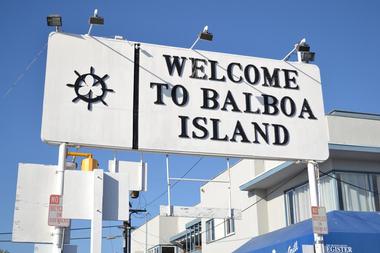 Balboa Island has several island-style restaurants and bistros that serve a variety of fresh seafood and other of Italian, Mexican, and French-Swiss cuisine. Tuck into a hearty home cooked breakfast at the family-owned, decades-old restaurant of Wilma’s Patio, which serves light omelets, eggs Benedict, and everything in between.

The Village Inn is the the island’s only bar with a full liquor license and has a convivial atmosphere along with a lively happy hour, great food and nightly live entertainment. Balboa Bar at Dad’s Donut & Bakery Shop has been offering sweet treats such as frozen chocolate-dipped bananas for more than 70 years. 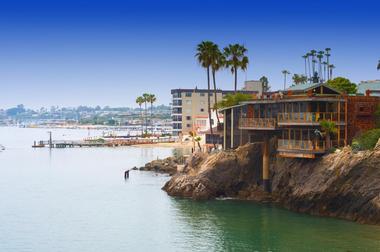 This one-of-a-kind, man-made treasure is home to an array of chic coastal shops with beautifully unique nautical designs, stylish beach fashions, art and jewelry. Balboa Island is packed with a range of things to do from luxury shopping and pampering spa treatments to championship golf, sailing and kayaking. Other outdoor sports include hiking and cycling trails, whale-watching and sunset cruises, surfing, and stand-up paddle boarding, while cultural activities include art walks, wine tastings, tours, and live entertainment. The neighboring Balboa Village, which can be reached by a short ferry ride across the harbor from Balboa Pier is home to the Balboa Fun Zone, the Balboa Pavilion and the ExplorOcean nautical Museum.

Founded in 2000, the Balboa Island Museum & Historical Society (BIMHS) is a charming vintage cottage set on the Main Street of the island and showcases a variety of artifacts and objects pertaining to the history of the island and the surrounding area.

Back to: Best Things to Do in Newport Beach