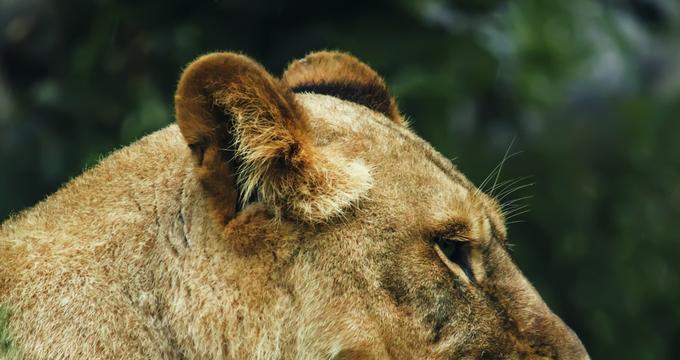 ZooAmerica North American Wildlife Park is an animal center next to Hersheypark in Hershey that is home to over 200 animals from five regions of North America. The zoo covers 11 acres of tree-lined pathways and natural habitats and offers a unique and fascinating walk-through experience. Established in 1905, the zoo was founded by Franz and Louise Zinner and began with a collection of ordinary and exotic animals ranging from a family of ‘possums, two black bears and a pair of Zebus to angora goats, fox squirrels, and three peacocks.

The zoo grew in leaps and bounds and in 1934 the zoo added a Reptile House, a Bird House, and a pair of baby elephants. With the advent of World War II, Hershey Zoo was closed in 1942 for the duration of the war, reopened in 1950 and redeveloped in 1975 as a themed zoological park called ZooAmerica. Today the zoo has a sharp educational focus and is a valuable asset for the adjacent Hersheypark, offering special school tours and field trips in conjunction with visits to Hershey's Chocolate World and the Hershey Museum.

ZooAmerica North American Wildlife Park is home to over 200 animals from more than five regions across North America and features outstanding permanent exhibits including a new bear habitat known as the "Black Bear Encounter," which features a 13,000-gallon swimming pond for the bears, and a temporary exhibit of two albino alligators.

Throughout its history, the zoo has been involved in a variety of wildlife conservation projects, including breeding programs for a range of endangered species such as birds of prey and reptiles.

ZooAmerica North American Wildlife Park has an array of outstanding displays that reflect five different regions of North America. The Southern Swamps features a vast prairie of sawgrass that echoes the Florida Everglades, which was known as ‘Grassy Waters’ by the Native Americans. Islands of hardwood trees called hammocks, coastal mangroves, and Palmetto pine scrub are dotted about this watery paradise and inhabited by an exotic range of animals, such as alligators, snakes, and birds.

The Northlands displays a section of the second largest forest left in the world – the northern evergreen forest that stretches from Newfoundland across Canada into Alaska. The Eastern Woodlands is a lovely exhibit of large broadleaf trees, beautiful wildflowers, stocky shrubs, and a plethora of animals that live in tune with the distinct four-season cycle of the eastern woodlands. Big Sky Country reflects the American Midwest and the beautiful Rocky Mountains with snow-capped peaks lined with lichens and grasses, evergreen forests of spruce, fir, and pine, short grasses of the western high plains, and animals such as mule deer, elk, pumas, and eagles. The Great Southwest showcases the extreme environment of a desert and the ways in which animals and plants adapt to survive.

ZooAmerica North American Wildlife Park offers a broad range of educational programs, workshops, and tours based on a unique approach of displaying native plants and wildlife in a variety of habitats that depicting the five natural regions of North America. Guided Tours through the zoo’s different habitats and their residents are led by naturalists or experienced volunteers and are tailored to the ages in each group, and on-site programs include live animal demonstrations presented by ZooAmerica naturalists or experienced volunteers. The zoo offers unique animal encounters which are short presentations which give a brief introduction to ZooAmerica and allows visitors to observe one of the animals, up close. Outreach Programs are presented throughout the year and include discussions on specific topics and live animal demonstrations.

ZooAmerica North American Wildlife Park presents a range of programs and events throughout the year such as “Creatures Of The Night” where visitors can watch the nighttime habits of their favorite animals, such as wolves howling at the moon, hanging out with bats and seeing bears devour pumpkins.

ZooAmerica North American Wildlife Park is located at 201 Park Avenue in Hershey and is attached to Hersheypark via a walkway bridge. The Zoo is open every day of the year, except for holidays and free parking is available at the Zoo or next door in the parking garage at The Hershey Press Building. There are two food concession stands in the zoo, and packed picnic baskets and coolers are allowed.

ZooAmerica North American Wildlife Park displays an ongoing commitment to conservation with a variety of programs that orient towards an awareness of conservation issues. The Zoo actively supports conservation efforts through financial commitments and donations to the Conservation Endowment Fund of the American Zoo and Aquarium Association.

Back to: Things to Do in Hershey, Pennsylvania

Things to Do in Oklahoma City: Museum of Osteology

Things to Do in Oklahoma City: American Banjo Museum