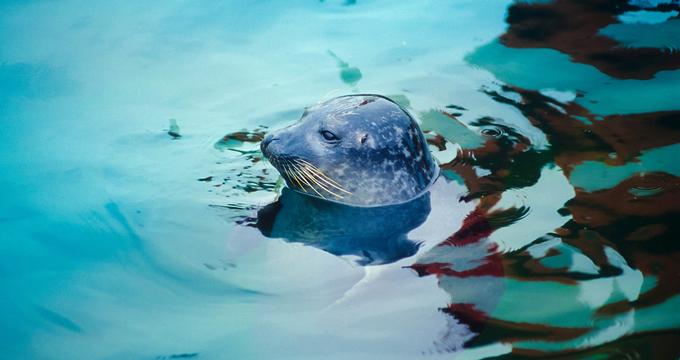 The Western North Carolina Nature Center in Asheville, North Carolina is a zoological park for animals native to the Southern Appalachian Mountain region. Home to more than 60 species of animals, cougars, black bears, river otters and red wolves, the 42-acre educational and care facility was established in 1973 and is operated by the City of Asheville's (NC) Parks and Recreation Department.

The mission of the Center is to connect people with the fauna and flora of the Southern Appalachian Mountain and to encourage and inspire an appreciation, understanding, and education of the conservation of this richly biodiverse region.

The Western North Carolina Nature Center has 42 acres of award-winning exhibits that display the natural habitats of the incredible wildlife of the Southern Appalachians.

Explore the world of reptiles at the Appalachian Station, which is an interactive indoor exhibit that features a variety of reptiles, including copperheads and rattlesnakes, amphibians and other small mammals. Head underground and discover what life under the soil is like at the World Underground exhibit, which showcases the dark and cool world beneath the ground, or check out some small mammals such as raccoons and gray foxes at the Small Mammals exhibition. Watch river otters at play, as well as several species of aquatic turtles at Otter Falls, or take in the strength and power of some of the Southern Appalachian’s greatest predators at Appalachian Predators, such as wolves, coyotes, and bobcats. Don’t miss the Red Wolf Run, which is the park’s top conservation initiative and features an outstanding exhibit on endangered red wolves, or Black Bear Ridge, which is home to American black bears, white-tailed deer, owls, and hawks. Not only wild animals are endangered, and Western North Carolina Farm highlights endangered farm animals such as Cotswold sheep, donkeys, and rabbits. The Park also features a fantastic six mile walking and hiking a trail that winds along the beautifully forested banks of the Swannanoa River called the Trillium Nature Trail, and can be enjoyed by all.

New additions to the park include a prehistoric Appalachian display that highlights the animals found in the Southern Appalachian region more than 15,000 years ago, such as tapirs, rhinos, and red pandas.

The Western North Carolina Nature Center is involved in several conservation projects and programs from the red wolf survival program to a rainwater catchment system with the aim of contributing towards preserving the rich biodiversity of the Southern Appalachian region.

Conservation projects include the Advancing Animal Management Programs, which help to establish viable populations and promote species survival for endangered species such as the North American River Otter, the Cougar, and the Red Wolf. The Center also supports external programs such as Frog Watch USA, a flagship citizen science program that educates the public about the wetlands in their communities and how to conserve amphibians.

The Western North Carolina Nature Center offers a variety of fun education programs and camps for children of all ages. Summer camps are run by knowledgeable staff and camp facilitators hat provide fun-filled and educational programs designed to involve children in the wonders of the natural world. Summer camps include Early Childhood Camps designed primarily for children ages 3-5, Kindergarten Camps for five to 7-year-olds, Wild Weeks Camps for children in first through third grade, and All Taxa Biodiversity Camps for youth in fourth through seventh grade.

Critter Time for Tikes and Tots is a preschool program for three to five-year-olds and their parents, offering a creative way to learn about animals through interactive activities such as fun and games, arts and crafts, animal encounters, walks and story times.

Elk Experience is an offsite excursion that heads into the beautiful mountain wilderness of the Great Smoky Mountains National Park in Haywood County to explore the habitat and habits of the elk and the Cataloochee Valley Ely Campout is a fun-filled afternoon and evening of arts, crafts, activities and food, as well as an Elk Ecology program and roaring bonfire in the Cataloochee Valley’s Group Campground.

The Wolf Howl is a popular educational evening that focuses specifically on the endangered red and gray wolves of North America. The program begins with an indoor presentation on these magnificent and mysterious creatures, followed by a walk to the wolf compound at the Nature Center for a howling session.

Back to: Best Things to Do in Asheville

10 Best Things to Do in Mountain View, AR