Things to Do in Seattle, Washington: University of Washington Botanic Gardens 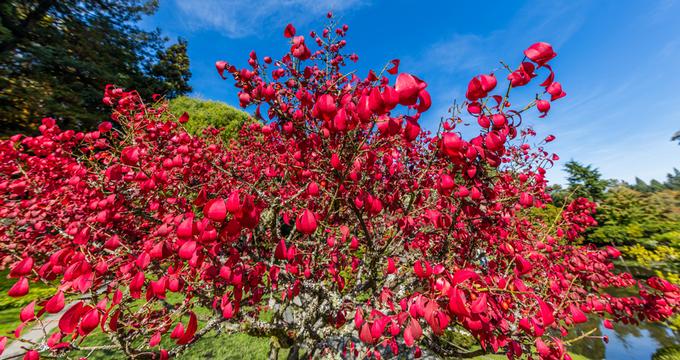 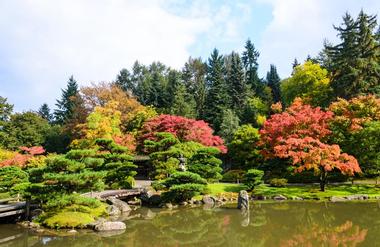 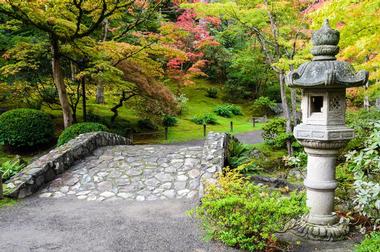 The Washington Park Arboretum has a variety of gardens that are divided among different themes.

Pacific Connections Garden is home to a variety of plants that you would see if you traveled throughout Cascadia, China, Chile, Australia, and New Zealand. Inside this garden, visitors can explore the New Zealand Forest, Gateway to Chile display, and Preview Gardens. Some of the highlighted plants include the alpine bottlebrush and a western red cedar.

Joseph A. Witt Winter Garden features flora and fauna that blossom throughout the colder months of November to March. Although majority of the Washington Park Arboretum is subdued during these months, the joseph A. Witt Winter Garden glistens and flourishes. Brightly hued plants, such as Berberis and Cyclamen coum pair perfectly with the enormous and dense green firs and cedars.

Woodland Garden is situated among two ponds and a small stream that flows throughout a valley. A naturalistic atmosphere is perfectly achieved with the combination of the water, various stones and patchwork, and layered plants. Some of the plants visitors can explore in this garden include various maples, sourwood, and the Japanese spicebush.

Foster and Marsh Island transforms throughout the seasons. Visitors can find Foster and Marsh Island by following the Waterfront Trail to the end. The magnificent color changes and plant flourishment throughout the season makes up for the subdued garden during the winter. In the fall, majority of the plants, such as the larch, on Foster and Marsh Island have a golden hue. In spring, brightly hued flowers blossom across the trees and grasslands. One of the most beautiful sights is the “snow” that comes from the cottonwoods. During the summer, the cottonwoods shed when there is a breeze, which creates the snow-like appearance on the ground.

Rhododendron Glen began when Dr. Cecil Tenny donated a large amount of rhododendron plants to the Washington Park Arboretum. Native to Asia, the rhododendron species has various forms and blends perfectly with plants such as ferns and magnolias.

Azalea Way is most likely what pops into the mind of someone who thinks about the Washington Park Arboretum. This ¾ mile stretch is aligned with the middle of the Washington Park Arboretum, and features a variety of distinctly hued plants that are layered among dense evergreen trees. Two of the highlighted plants are flowering cherries and azaleas.

Japanese Garden was designed by the renowned Kiyoshi Inoshita and Juki Iida. Together, Inoshita and Iida constructed a 3.5 acre garden that featured approximately 580 granite stones and classic Japanese period pieces of architecture. 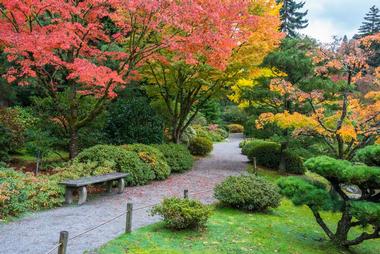 Since education is extremely important to the University of Washington Botanic Gardens, the Washington Park Arboretum is home to various educational opportunities. One of the easiest and most popular educational opportunities at the Washington Park Arboretum is the specialized tour program. Within this program, visitors have the option of exploring the gardens in a unique way. If visitors want to learn about a specific number of gardens in-depth, they can tour the gardens with a tour guide. Another popular tour option is the tram tour. The tram tour is handicap accessible and is perfect for people who want to tour the gardens in a fast, yet educational, manner.

Aside from specialized tours, the Washington Park Arboretum offers a variety of classes, workshops, and seminars that everyone can participate in. Many of the classes are divided up by age, but there are also special days for families and community days as well.

Things to Do in Seattle, Washington: University of Washington Botanic Gardens