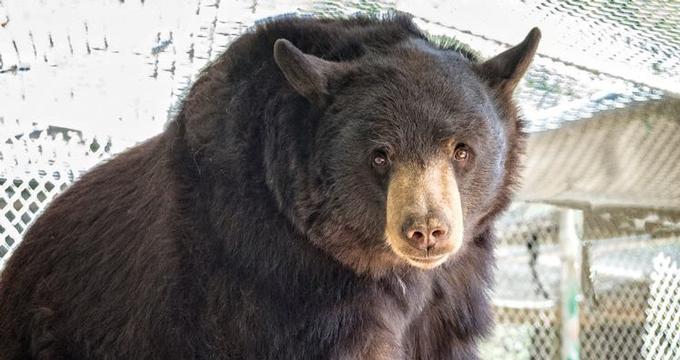 Southwest Wildlife Conservation Center, SWCC, is a rescue and sanctuary located in Scottsdale. The mission of SWCC is to be a major contributing factor to saving wildlife that has lost their habitat due to human development or have become injured or orphaned. The center rehabilitates as many animals as they can and releases back into appropriate habitats; however, not all the rescues are able to live a healthy life in the wild and those animals live on the sanctuary at the conservation center. Certain attractions may be temporarily closed or require advance reservations. Hours/availability may have changed. 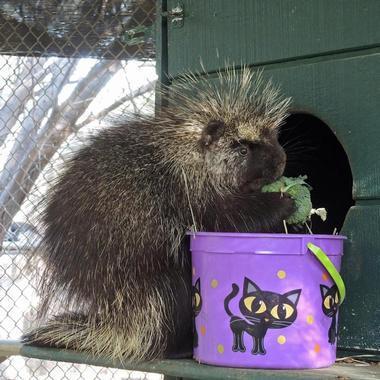 The Southwest Wildlife Conservation Center in Arizona does not breed, or adopt out animals. Their rescues are also never used for commercial purposes. The center was recently a successful partner of the recovery of the Mexican Grey Wolf who was on the path to extinction. Animals that are part of a Species Survival Plan are bred for the survival of the species.

SWCC began with a woman and a coyote in 1990. A farmer had run over a den of coyotes and unfortunately, only one survivor was found. The farmer, tried veterinarians, but none of the professionals in the area were trained or interested in wildlife rehabilitation. Someone connected the farmer with Linda Searle who rescued and rehabbed the poor coyote on her own and created the vision of the Southwest Wildlife Conservation Center.

In 1994, the land was purchased, 10 acres, for the conservation center, on a patch of desert just outside of the city. Enclosures were put up, trees planted and oasis’ built for wild animals that were at risk and had nowhere else to go. Don, the coyote, lived out his years in the sanctuary as the first inhabitant. 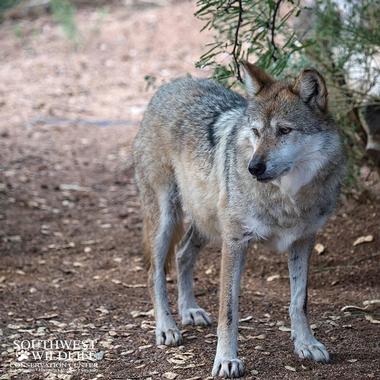 Southwest Wildlife Conservation Center has brought wildlife rescue in Arizona a long way in the last 20 years. When an abandoned, injured, or displaced wild animal is found or reported, the trained staff and volunteers at SWCC make sure to see every animal through to the end.

More Things to do in Arizona

There are now a few animal clinics in the area that will provide emergency care and treatment to wildlife in distress. From dehydrated bobcats, to wolfs that have been caught in traps, and baby ducks who lost their mother the clinic will provide whatever resources it can until the animal is stable enough to transport to the conservation center. No wild animal is ever turned away from SWCC and the goal is to save every one of them, whether it be through rehabilitation and release, or living out its life on the sanctuary.

Spring and Summer are the most challenging seasons for the center as dozens of baby animals requiring around the clock care often end up at the center. Baby animals whose mother was injured or killed, or in some cases abandoned, come to the center and receive bottle feeding every 2 hours if needed, assistance in digestion and other crucial care. Once baby animals can eat solid food, they are released into outdoor enclosures with appropriate animal companions in preparation to be released back into the wild. Over 70% over the animals rescued at SWCC have successfully reintroduced to their natural environment in the wild.

You are reading "Best Things to Do in Scottsdale, Arizona: Southwest Wildlife Conservation Center" Back to Top 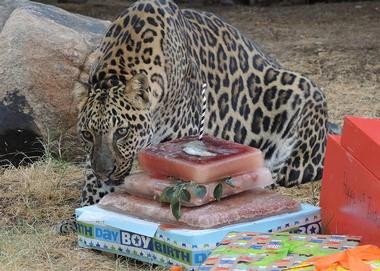 Not every animal that comes through the doors of Southwest Wildlife Conservation Center is going to be capable of living in the wild again. There are two reasons that would prevent an animal from being successful in their natural habitat. The first reason is due to injury. Birds that can no longer fly due to wing injuries, animals that have lost their claws, eyes, or other imperative survival features, and animals that are simply too sick or too old live in the accredited sanctuary at SCWCC.

Southwest Wildlife Conservation Center is the only center in the state of Arizona that is capable of rehabilitating large mammas such as bears, wolves, bob cats and mountain lions. All animals in the sanctuary are cared for in accordance with the American Sanctuary Association guidelines where the accreditation comes from.

You are reading "Best Things to Do in Scottsdale, Arizona: Southwest Wildlife Conservation Center" Back to Top

4.Animals in the Sanctuary 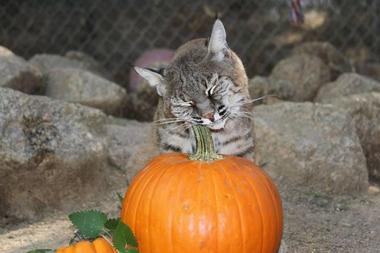 Southwest Wildlife Conservation Center does not operate like a zoo with open hours and admission; however, visitors can preregister for tours that will introduce them to some of the animals in the sanctuary.

Black Bears are some of the most popular for visitors to see. There are currently six bears at SWCC sanctuary and many of them are here because they were considered “nuisance bears” or bears that have acclimated people to getting food so they were wondering in yards, or imprinted on humans and did not know how to be a bear. One bear, Berry, loves to show off for visitors. He was in a zoo after being found by officials on an Indian Reservation suffering from mal nutrition and starvation. The female bears in the zoo did not accept Berry and so he came to SWCC where he shares an enclosure with a very shy female bear named Cinnamon.

Bobcats at SWCC are in the sanctuary for injuries. There are two bobcats who were both brought in as kittens. Bella was picked up by hikers who assumed she was abandoned and after care, she was diagnosed with a spine condition that would prohibit her from thriving in the wild. Spock was rescued after a run in with a dog that resulted in an injured foot for the bobcat.

The Coati Peanut, is the only one of her kind at Southwest Wildlife Conversation Center. She was found as a baby on a rooftop and brought to the center. The Coati was only six weeks old when she was found and immediately took to humans. Because of her fondness for belly rubs and human cuddles, she was determined to be better off living in the sanctuary than going into the wild.

Coyotes currently living in the sanctuary at SWCC are the product of people thinking they would make good pets and trying to integrate them into their families with people and dogs. The female coyote at the sanctuary, Sangria, was never around other coyotes and lives alone. Because she was fed dog food rather than animal meat, her health was in great decline and she will most likely continue to have health issues. The male coyotes, Wiley and Big Boy, share an enclosure where visitors can see a lot of Wiley. He is very vocal and snips, snarls, and yelps at visitors on tours while Big Boy prefers to hide.

You are reading "Best Things to Do in Scottsdale, Arizona: Southwest Wildlife Conservation Center this Weekend with Friends" Back to Top or More places to see near me today, what to do, weekend trips

5.More Animals in the Sanctuary 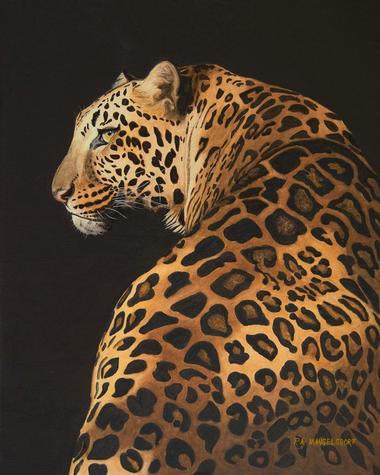 
Deer have come through the conservation center and been released many times. Feather, the star deer in the sanctuary was the only deer for several years, but now has a few companions. Feather is a mule deer who was found as a baby and being kept as a pet. The deer cannot go back into the wild for risk of spreading Wasting Disease, although Feather does not have the disease herself. She eats fruits and vegetables from staff hands.

Jaguars are not typically found and treated by wildlife sanctuaries, but Leonardo the Jaguar at SWCC is unique. He was born in a cage for commercial purposes and spent two years in a Vegas show. He lost his canine teeth and claws so that he would be a “safe” animal for his handlers. His health started declining and he was sent to a zoo for seven years to live in a 10 by 12-foot cage. Southwest rescued him from the zoo and he is now thriving in the sanctuary.

Mountain Lions are some of the most frequent animals that end up in the sanctuary. There are currently seven, most of whom lost their mothers due to poaching and were orphaned. Some of the cats were kept as pets until they were too big and could no longer survive in the wild due to their imprinting on humans. Tocho was an abused mountain lion who was kept as a pet and suffered many broken bones. Many other the other cats suffer from abuse and broken bones from being in the wild without their mothers.

Mexican Grey Wolfs are part of the species survival plan at SWCC. There are currently 16 wolves that live in the sanctuary who are not or have not yet been able to be reintroduced into the wild. Many times, when Grey Wolfs are rehabilitated at cubs, they become too use to humans and become a nuisance to people. Some of the wolfs have been captured and brought back to the sanctuary to live permanently.

You are reading "Best Things to Do in Scottsdale, Arizona: Southwest Wildlife Conservation Center this Weekend" Back to Top or Restaurants near me, stuff to do near me 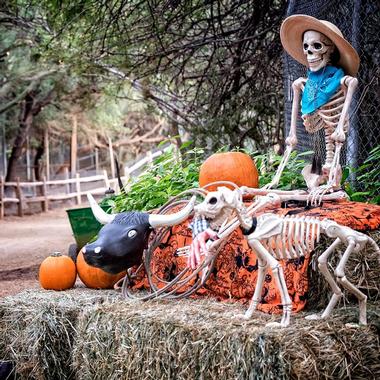 
There are education programs onsite as well as outreach programs conducted by SWCC. Onsite there are sunrise and full moon tours that are offered throughout the month where visitors can tour the sanctuary with guides. There is also a discovery day once a year that is a summer day camp for children 8-14 years old and there are field trip presentations through schools that partner with the Southwest Wildlife Conservation Center. Students will get to encounter four animals during the presentation.

There are many special events for fundraising and community involvement including holiday parties, enrichment presentations, and guest lectures that are hosted by the conservation center throughout the year as well.

Back to: Best Things to Do in Scottsdale

You are reading "Best Things to Do in Scottsdale, Arizona: Southwest Wildlife Conservation Center" Back to Top or More must do for couples, what to do near me, places to visit this weekend

You are reading "Best Things to Do in Scottsdale, Arizona: Southwest Wildlife Conservation Center " Back to Top

Best Things to Do in North Carolina: Greensboro Science Center

16 Best Things to Do in Deerfield Beach, Florida