Best Things to Do in Chicago, Illinois: Shedd Aquarium 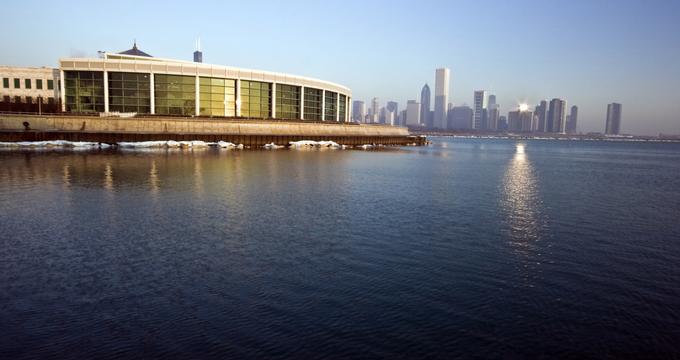 The Shedd Aquarium (formally known as the John G. Shedd Aquarium) is an indoor aquarium that has been serving the community of Chicago for more than 80 years. Surrounded by the Museum Campus Chicago, the Aquarium was the first inland aquarium with a permanent saltwater fish collection in the world and is currently home to over 32,000 animals made up of 1500 species of fish, marine mammals, amphibians, snakes, birds, and insects.

The Shedd Aquarium prides itself on being like no other aquarium in the world by combining the characteristics of the best of early 20th-century aquariums such as beautiful architecture and a diverse, global animal collection with state-of-the-art technology animal care.

Amazon Rising is an amazing 8,600-square-foot walk-through recreation of a flooded forest of the Amazon River and the surrounding jungle and features over 250 species of animals, including piranhas, anacondas, freshwater stingrays, spiders, and caimans.

Built in 1971, the Caribbean Reef exhibit features a 90,000-US-gallon circular tank that visitors can fully encircle and views the creatures within, including sharks, fish, and turtles.

One of the oldest galleries in the aquarium, Waters of the World includes exhibits that focus on the oceans, rivers, lakes and islands of the world and the species that inhabit them, such as snapping turtles, otters, starfish, iguana, and seahorses. 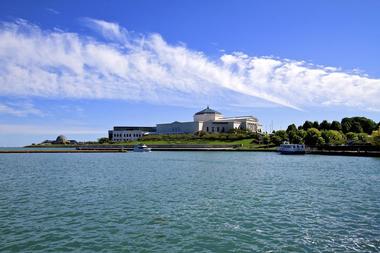 Wild Reef is a permanent exhibit that reflects a Philippine coral reef. The drawcard of this fascinating exhibition is the 400,000-US-gallon shark tank with 12-foot high curved windows that allows visitors a diver's eye view of the living coral, myriad species of fish, eels, rays and sharks that inhabit in the tank.

The Stingray Touch offers visitors the opportunity to touch yellow spotted rays and cow nose rays in an interactive outdoor exhibit, while the Abbott Oceanarium is a new addition to the aquarium and features a wealth of marine mammals, including dolphins, sea otters, belugas, penguins, and California sea lions.

Other exhibits and displays in the Aquarium include a 4D Theater which presents 3D films with interactive seats, high-tech audio and interactive elements like bubbles and scents. 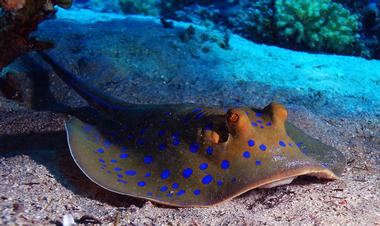 The Shedd Aquarium is home to the Daniel P. Haerther Center for Conservation and Research and provides on-site research at the aquarium covering a range of topics such as animal behavior, animal training, nutrition and health, reproduction and genetics. The aquarium partners with conservation efforts in Southeast Asia and the Caribbean and is now recognized as the lead authority on the endangered Bahamian Rock Iguana. The Shedd Aquarium is also involved with research on beluga whales. 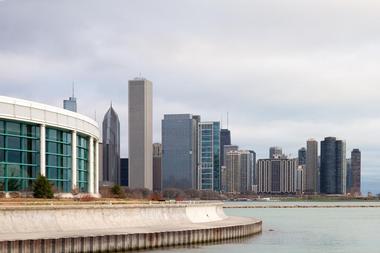 The Shedd Aquarium is located at 1200 South Lake Shore Drive in Chicago and is open to the public daily from 9:00 am to 6:00 pm. The Shedd Aquarium has three dining options that serve family fare at several locations, including the Soundings Café, and the Bubble Net, all of which serve a wholesome menu of fresh cuisine in a casual setting.

Designed by a renowned architectural firm, the Shedd Aquarium is also notable for its beautiful architecture and design, which is built in the Beaux Arts style of Greek architecture to reflect the surrounding structures of the Museum Campus. Classic design elements include Doric columns, a dome-topped staircase and aquatic motifs of dolphins, tortoise shells, octopuses, and waves.

Back to: Best Things to Do in Chicago with Kids


Best Things to Do in Chicago, Illinois: Shedd Aquarium