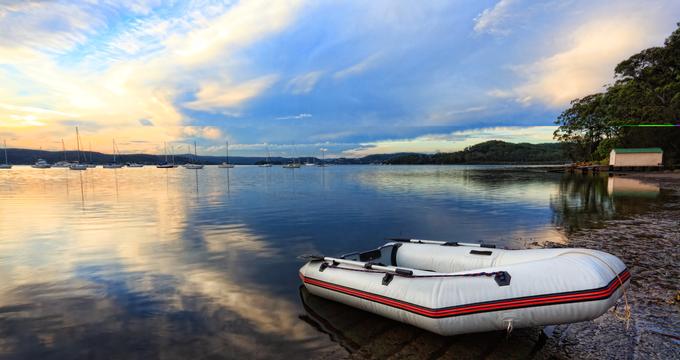 Saratoga Spa State Park is a 2,400-acre state park and National Historic Landmark located in Saratoga County. Distinguished by its classical architecture and noted for its diverse aesthetic, cultural, and recreational resources, Saratoga Spa State Park is home to the Roosevelt Baths and Spa, the nationally-renowned Saratoga Performing Arts Center, and the Spa Little Theater. In addition to these popular attractions, the park also houses the Gideon Putnam Resort & Spa, the National Museum of Dance, and the Saratoga Automobile Museum.

The gently undulating terrain of the Park offers family-friendly picnic areas with picnic tables and benches, shaded streamside walking trails that are suitable for nature-lovers and casual walkers, as well as certified running courses that are used by more serious joggers, runners, and other athletes. Saratoga Spa State Park is also open during the winter and offers an array of activities, including miles of trails for cross-country skiing and snowshoeing, ice skating, and ice hockey.

The Park is home to the Peerless Pool Complex, which consists of a central Olympic-size swimming pool, a separate slide pool with a double water slide and a unique children's wading pool with a mushroom fountain. The complex also has a historical Victorian surrounded by arched promenades, and both pool areas feature separate locker rooms, restrooms and showers, and food and beverage services.

The Saratoga Spa State Park features the only active spouting geysers in the east of the country. These fountains spring carbonated water rich in minerals and salts from fissures in the Saratoga Fault which vent in several areas, the most popular being Orenda Spring and Geyser Island Spouter along Geyser Creek. Orenda Spring is famous for its massive tufa dome, while Geyser Island Spouter first emerged in the early 1900s and spouts a plume of water 15 feet into the air. Other springs in operation include Hathorne, Hayes, Orenda, Charlie, State Seal, Polaris, and Lincoln.

The Saratoga Spa State Park features several theaters and museums and hosts a variety of events throughout the year. The Saratoga Performing Arts Center is based in the park and has been the summer home of New York Ballet and the Philadelphia Orchestra for 50 years. The Arts Center has an 110 foot high naturally curved amphitheater that can seat up to 5,000 guests and a manicured lawn that can seat an additional 25,000 people.

The Gideon Putnam Resort & Spa is a historic Upstate New York resort and spa that offers luxurious, elegant accommodations, first-class facilities and amenities, award-winning dining, and an array of guest activities all surrounded by magnificent landscapes. Built in 1935 by Gideon Putnam, the hotel was established for health and wellness seekers to “take the waters” of Saratoga Springs.

The Saratoga Spa State Park offers an array of recreational activities ranging from several swimming pools and tennis courts to two golf courses. The Peerless Pool is a complex of three pools, including an Olympics-size swimming pool, a water slide pool, and a children’s pool, as well as a historic Victorian pool surrounded by covered arcades.

Saratoga Spa State Park is home to Geyser Creek which runs through the park and offers excellent opportunities for fishing, hiking along the banks and snowshoeing and ice-skating in the winter months. Additional facilities in the park include a gift shop.

More Things to Do in Saratoga Springs

Things to Do in Hudson Valley, New York: Innisfree Garden