Things to Do in Columbia, South Carolina: Riverbanks Zoo & Garden 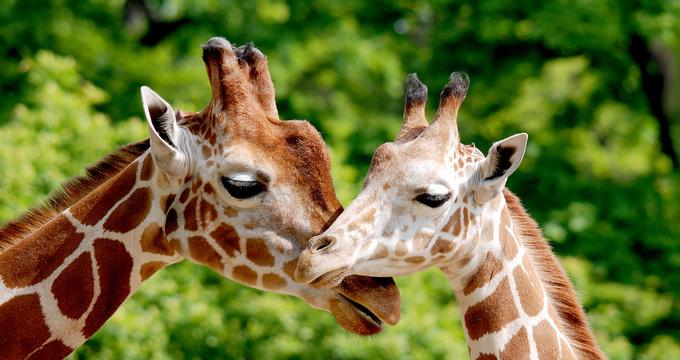 Located in Columbia, South Carolina, the Riverbanks Zoo and Garden is a comprehensive and magnificent zoo and garden. There are over 2,000 animals within more than 350 species at the Riverbanks Zoo. A combination of Columbia representatives and prominent members within the community came together to devise a plan for a zoo in the early part of the 1960s.

Despite creating a plan, a zoo wasn’t officially considered and carried out until the late 1960s. In 1969, Rich-Lex Riverbanks Park Special Purpose District as dedicated as the committee to operate the zoo. Five years later, the zoo opened. Immediately, the zoo had a rocky start. It quickly became evident the zoo would need a little bit of support. So, the Riverbanks Zoological Society was founded with the intent to raise funds and oversee the financial direction of the zoo. During the time Riverbanks Zoological Society was created, Palmer “Satch” Krantz was hired as the zoo’s official executive director. Krantz still maintains his position as executive director today.

Animals within the Riverbanks Zoo are divided among the following habitats:

African Plains is a two acre habitat that is designed as a replica of what a real African savanna looks like. Some of the animals within African Plains includes ostriches, giraffes, and zebras.

Australian Animals is home to a variety of animals that are native to Australia. Featured animals within this exhibit include; koalas, marsupials, wallabies, and kangaroos.

Birdhouse at Riverbanks is a birdhouse divided among the following three areas: Asian Trek, Savanna Camp, and Penguin Coast. Each area houses a different selection of birds, which are grouped based on their species, typical habitat, and overall lifestyle and needs.

Large Mammals is an exhibit dedicated to the Zoo’s largest mammals, which include tigers, siamang apes, and lions.

Ndoki Forest is a sanctuary for animals typically found within African forests. Some of the animals within this exhibit include; storks, hornbills, meerkats, gorillas, and elephants.

Riverbanks Conservation Outpost is home to a variety of smaller mammals, such as black-footed cats and golden-lion tamarins.

Riverbanks Farm is an interactive exhibit in which visitors can engage with a variety of farm animals.

With over 4,200 species of plants and an array of land, it’s no surprise the Riverbanks Botanical Garden is known as one of the top ten gardens that inspire within the nation, as well as one of HGTV’s best public gardens within the United States.

Waterfall Junction allows visitors to explore and engage with nature in a fun and exciting way. Within this three acre garden, visitors can explore interactive areas, such as a splash zone and a few giant tree houses.

The Asian Garden was built with the help of the Ikebana Chapter 182. This garden features a variety of plants and flowers that are native to Asia.

Bog Garden is one of the first gardens visitors will come across. All of the plants within this garden are seamlessly integrated with a waterfall.

Dry Garden is located near the Garden’s parking lot, and features a variety of plants that one would find within a desert.

Old Rose Garden is one of the largest public displays of Noisettes within the entire world.

Shade Garden is just across the Treetops Bridge and features a variety of classical plants that prefer to be planted within the shade.

Walled Garden is another premier attraction at the Riverbanks Gardens. This attraction is 34,000 square feet and features a maze of smaller and more comprehensive themed gardens.

In addition to animal and horticultural exhibits, the Riverbanks Zoo and Garden is home to a variety of historical landmarks.

Covered Bridge Abutments are the remains of the State Road Bridge that Confederate soldiers burned in February 1865.

Saluda Factory Interpretive Center is located near the mill’s ruins and is a museum dedicated to displaying artifacts and graphics related to South Carolina and the Civil War.

River Trail is a half-mile trail that passes through some of the historical landmarks of the Zoo and Garden, as well as their wooded area.

Back to: Columbia, South Carolina

Things to Do in South Carolina: Pinckney Island National Wildlife Refuge in Hardeeville