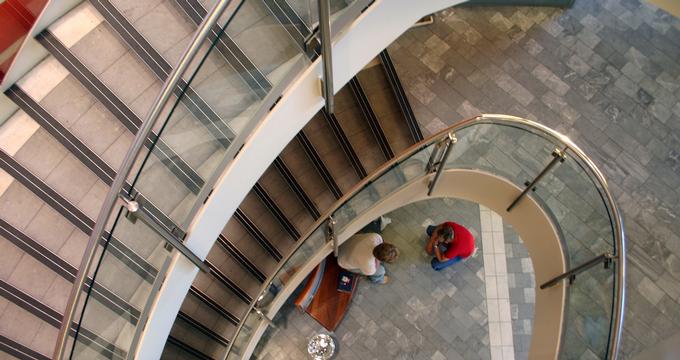 The Ponce De León Inlet Lighthouse & Museum is a well maintained public facility that represents one of most authentic historic light stations in the nation today. The lighthouse and museum are located between St. Augustine Light and Cape Canaveral Light at Ponce De León and is famous for being the tallest lighthouse in Florida, standing at 175 feet tall. 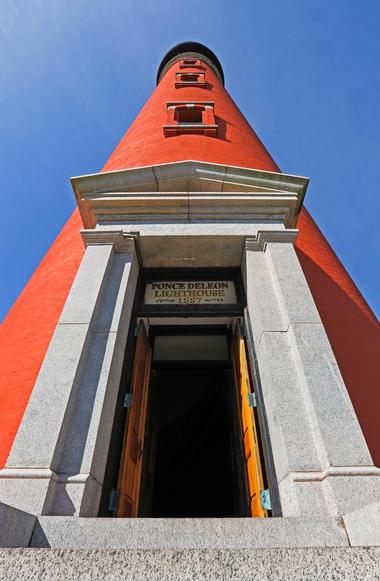 The first tower was erected on the Ponce de León Inlet, then named the Mosquito Inlet, in 1835 but collapsed soon after being attacked by Seminole Indians and abandoned. Another lighthouse was built in 1887 after numerous shipwrecks occurred along the coast near Mosquito Inlet and could be seen for 17 nautical miles off the coast. The kerosene lamp was replaced with an incandescent oil vapor lamp in 1909 and was electrified in 1933 with a 500-watt light.

Mosquito Inlet was changed to Ponce de León Inlet in 1927, and the lighthouse was transferred to the care of the United States Coast Guard in 1939, which it oversaw until 1970. The town of Ponce Inlet then took over the lighthouse and restored it to its former glory for the public to enjoy. 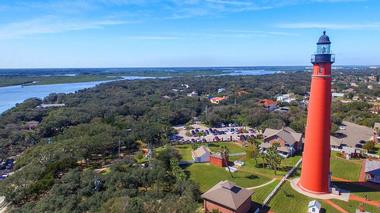 The lighthouse, the dwellings that once housed the three keepers, and other historic light station buildings were restored and became part of the Ponce De León Inlet Lighthouse. The Museum features an array of exhibits on the history of Daytona Beach and Florida, the United States Lighthouse Service, lighthouse and Fresnel lens restoration, the United States Life-Saving Service, and the lighthouse keepers that looked after the buildings.

The Ponce De León Inlet Lighthouse & Museum offers a variety of things to do for visitors of all ages, ranging from exploring the houses and buildings of the property, learn what life was like at the turn-of-the-century and how the lighthouse keepers and their families looked after the lighthouse. Visitors can climb the 175-foot lighthouse tower to take in magnificent views of Daytona Beach, the inland waterways and the Atlantic Ocean from the gallery deck. The Tower is also home to the Watch Room, the Service Room and the Lantern Room with its rotating third-order Fresnel Lens dating back to 1933.

The Ponce De León Inlet Lighthouse & Museum features three separate dwellings that once housed the lighthouse keepers and their families. Dating back to 1887, the structures were originally built without electricity, indoor plumbing or running water, and highlight the difficulties experienced by the keepers at the turn of the century. 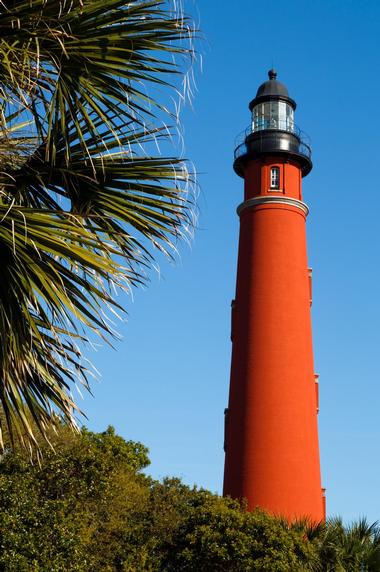 The Oil Storage House was built during the time when kerosene began to replace whale and paraffin oils and is one of the largest of its kind. Constructed outside the of the Light Station's picket fence for safety reasons, the Oil Storage House was restored 1989, and although no longer used to store fuel, the structure still houses the oil tanks from 1929.

The Lens Exhibit Building features a variety of exhibits about the development of illumination in lighthouses and how Fresnel lenses were used to bend the light into a single intense beam. Exhibits include the Ponce Inlet First Order fixed Fresnel lens and the First Order rotating Fresnel lens from the Cape Canaveral lighthouse.

The Cuban Raft Enclosure is home to two authentic rafts that were once built and used by Cuban refugees to cross the treacherous Florida Straits to escape political oppression in Cuba in the 1980s. The Radio and Generator Room allows visitors to discover how the Daytona Beach area served as a major Navy training area during the Second World War and how the lighthouse played a role in keeping an eye out for enemy submarines.

Nature-lovers will delight in exploring the natural coastal hammock that runs behind the Light Station and is home to a diverse range of fauna and flora, wildlife and birds, including the protected Gopher Tortoise.

The Ponce De León Inlet Lighthouse & Museum is located at 4931 South Peninsula Drive in Ponce Inlet, Florida and is open seven days a week. Visitors can enjoy an informative 20-minute video called ‘A Heritage Remembered’ in the Woodshed Theater, which details the unique and fascinating history of the Ponce Inlet Light Station and surrounding area.

The Ponce De León Inlet Lighthouse & Museum offers a variety of docent-led guided educational and group tours that delve into lighthouse station life at the turn-of-the-century.

Back to: Best Things to Do in Daytona Beach

Things to Do in Fort Worth, Texas: Amon Carter Museum of American Art

Things to Do in Charlotte, North Carolina: Bechtler Museum of Modern Art

Best Things to Do in Pennsylvania: Pocono Environmental Education Center