Things to Do in Louisiana: New Orleans Museum of Art 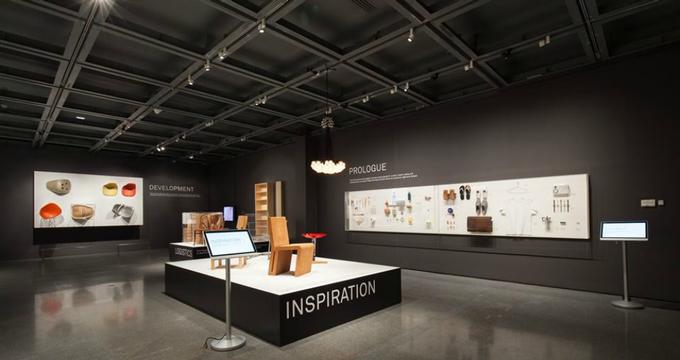 In the heart of New Orleans, Louisiana, just blocks away from the expansive Lake Pontchartrain, sits the famous and renowned City Park. This north-south corridor of sprawling greenspace in the middle of the city is held to be one of the best examples of urban parks in the nation. It is larger than New York City’s famous Central Park by at least half, and its hundreds of giant, moss blanketed oak trees were standing when the first wave of European explorers first brought their flags and galleons to these shores.

Among the oaks, bridges and streams idling in the park, at the end of Lelong Avenue, on one side of the Collins C. Diboll Circle turnabout, sits the New Orleans Museum of Art. Fittingly, the museum is the oldest art institution in the entire city, and one of the oldest such institutions in the entire nation. Built from humble beginnings on the soft earth of this Mississippi river delta town, today the museum holds an impressive collection of over 40,000 works of art, and is notable for its survey of French, American, African and Japanese works in particular, making it one of the leading art museums in the south.

At the turn of the twentieth century, Isaac Delgado, a wealthy philanthropist and sugar magnate, late in his years and of ill health, approached the directing board of New Orleans’ City Park with $150,000 and a proposal to build a “fire proof building where works of art may be collected through gifts or loans and where exhibits can be held from time to time....” By the close of the year 1911, the Isaac Delgado Museum of Art opened to the public with a collection of only 9 paintings.

Over the course of the next hundred years, the museum would go on to weather challenging times brought on by disasters both natural and man-made. During the Great Depression, the city proposed major budget cuts which very nearly meant the end of the institution. Luckily, public outcry forced the city to reinstate funding and avert the museum’s closure. During that time the famous art collector and philanthropist Samuel Kress, with a legacy of not only collecting some of the most important works to hit the market during the late nineteenth and early twentieth centuries, but more importantly of donating such works to local and smaller art museums in the cities where Kress’s dime store empire had its roots. His gifts were fundamental and crucial to many art museums throughout the contiguous United States and beyond, and in 1931 the Delgado Museum of Art was the recipient of Baroque artist Giovani de Biondo’s Madonna and Child.

An expansion in 1971 added three stories to the museum’s exhibition space with a wing funded by the Edward Wisner Foundation. In the same year the board of trustees voted to change the museum’s name to the New Orleans Museum of Art.

The museum has cemented its reputation as one of the most important art museums in the nation with a sophisticated collection curation and by offering as selection of some of the most rare, important and unique exhibits to travel the United States. In 1953, NOMA celebrated the 150th anniversary of the Louisiana Purchase with French Painting Through the Centuries, 1400-1900, a traveling exhibition of important works on loan from Paris’ Louvre museum. Twenty-five years later, the museum attendance records are blown away by an influx of over 900,000 people in the space of four months, when the New Orleans Museum of Art is host to the celebrated Treasures of Tutankhamen exhibit. The New Orleans Museum of Art was the sole venue for the exhibition Dreams Come True: Art of the Classic Fairy Tales from the Walt Disney Studio, an exhibit of original artwork from the making of many of the movies from Disney’s golden age of animation, including Snow White and the Seven Dwarves, Cinderella, and the Little Mermaid.

The year 2005 was one scarred by the grim devastation of Hurricane Katrina. The Category 1 storm missed most of New Orleans city proper, but winds and ensuing storm surge destroyed levees and drainage canals and was responsible for the deaths of nearly 1,500 people. The New Orleans Museum of Art was fortunate to escape damage to its collection, but the institution was forced to close during the storm and lay off a significant percentage of its staff. The building sustained $6 million in damage, including damage to its brand new 5-acre sculpture garden, created from a significant donation of 40 important works of sculpture by the Besthoff family only two years prior. The sculpture garden would not reopen until 2010 after extensive rehabilitation to its grounds and facilities. Over the course of the 2006, a small staff worked to recover in a temporary headquarters in Baton Rouge. After being closed for seven months, the museum reopened with a series of major exhibitions, and important pieces of the collection traveled the country to raise money for the Hurricane Katrina recovery efforts.

In 2007, the museum opened the exhibition Femme, Femme, Femme: Paintings of Women in French Society from Daumier to Picasso from the Museums of France. The exhibition was a gift to the New Orleans Museum of Art from the people of France, made as a promise a couple months after the disaster ravaged the city. Forty-five different French museums and institutions contributed a total of 85 works of art for the exhibition, which included works by some of the most celebrated names in the course of art history.

The New Orleans Museum of Art offers over 100,000 square feet of gallery and exhibition space. Its collection contains a number of celebrated works of art, including such artists as Edgar Degas, Claude Monet, Auguste Renoir, and Pablo Picasso. Other notable artists represented in the museum’s collection are Georgia O’Keeffe, Matisse, Rodin, Miró, Mary Cassatt, Gauguin, Pissarro, and Jackson Pollock.

The permanent collection also includes a review of work by local Louisiana artists and other American artists as well.

The New Orleans Museum of Art is home to a noteworthy furniture collection that contains important examples of American furniture making from the eighteenth and nineteenth centuries, highlighted by a collection of the decorative arts that are a unique legacy of New Orleans art itself.

The Sydney and Walda Besthoff Sculpture Garden offers visitors an additional five acres of outdoor garden space and a collection of 64 sculptures from many renowned artists worldwide, most of which were donated by Sydney and Walda Besthoff themselves. Unlike many art museum gardens, the NOMA’s is situated within an old growth, mature landscape that contains picturesque ancient trees and a lagoon. On one side of the lagoon, mature pine and magnolia groves flank the museum, and on the other, near the New Orleans Botanical Gardens, is a park full of live oaks, wreathed and dressed in musty shawls of Spanish moss, many of the trees being over 200 years old.

The museum also is the home of the Felix J. Dreyfous Library, which contains over 20,000 books and 70 journal subscriptions, with the mission of making such material and information available to “educate, challenge and engage a diverse public.”

Café NOMA is the museums eatery, and offers a fresh take on the classic midcentury modern design. It focuses on sourcing seasonal and fresh food and ingredients from local farms and businesses, and offers views of City Park and dining in the museum’s courtyard.

The New Orleans Museum of Art offers a number of programming options that provide a fun and engaging way to learn about and celebrate the museum’s heritage and collection.

The museum offers its film series, Friday Nights at NOMA, and a series of talks about various topics and artists. Its Movies in the Garden series features popular and important movies.

The New Orleans Museum of Art is easily accessible from most major transit methods. A great way to reach the museum is with New Orleans unique and celebrated street cars. Visitors can take any street car labeled “City Park,” which will take guests right to the end of Lelong Drive and only mere feet away from the entrance to the museum. Buses are also convenient and visitors can take the 91 Jackson-Esplanade line through City Park.

For visitors driving to the museum, it is easily accessible from most major highways. For those driving in from I-10 West or from Baton Rouge, simply follow the highway to the City Park/Metairie Road exit, number 231A. Take a left on City Park Avenue and continue until taking a left onto North Carrollton Ave. A left on Esplanade Avenue leaves visitors looking right onto the museum campus.

For those visiting from downtown or approaching form the east on I-10, simply take exit 232 for Carrollton Ave North and follow the road until taking a left at Esplanade as above.

NOMA offers two different options for free parking to its guests, either in front of the museum building along Lelong Drive or behind the Besthoff Sculpure Garden.

Back to: 25 Best Things to Do in New Orleans

Things to do in in Baton Rouge, LA: Louisiana Art and Science Museum

Things to Do in Baton Rouge, Louisiana: LSU Museum of Art

25 Best Things to Do in Baton Rouge, Louisiana