Things to Do in Montana: Museum of the Rockies in Bozeman 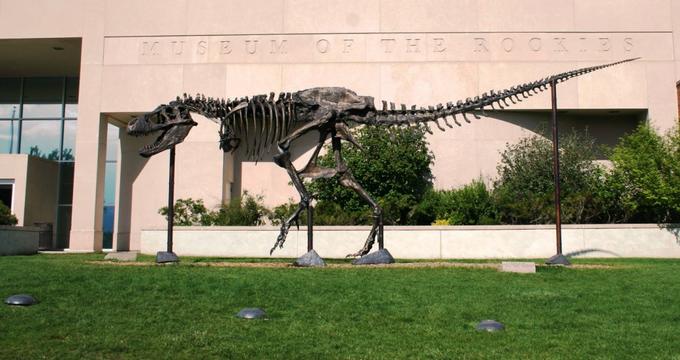 The Museum of the Rockies (MOR) is a research and history museum and a repository for federal fossils in Bozeman, Montana. A Smithsonian Affiliate and college-level division of Montana State University, the Museum of the Rockies (MOR) is renowned for displaying an impressive collection of dinosaur fossils, including a full-scale Tyrannosaurus Rex skeleton and is one of the finest research and history museums in the world. The Museum is part of the Montana Dinosaur Trail and the official repository for paleontological specimens, MOR features a variety of permanent indoor and outdoor regional history exhibits, rotating exhibits from around the world, planetarium shows, lectures, symposiums, educational programs, and a museum store. 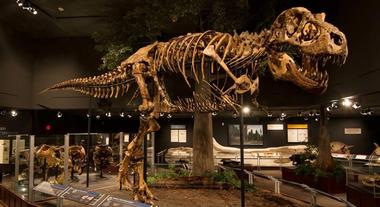 Museum of the Rockies was founded in 1957 by Dr. Caroline McGill, which was originally named after her as the McGill Museum and who also served as the Museum's first curator. Dr. McGill’s many gifts to the Museum included a remarkable collection of historical objects from Montana that was housed in three Quonset huts on the University campus. The Museum has been led by many good directors, with the last one being Sheldon McKamey became the Executive Director in 2003 and currently leads the Museum. Under his expert guidance, today the Museum continues to focus on Paleontology, Montana History, and Native American History, as well as presenting a variety of rotating exhibitions from around the world, and permanent exhibits like the Living History Farm, the Martin Children's Discovery Center, and the Taylor Planetarium. Today, the Museum is both an independent nonprofit institution and a college-level division of Montana State University that is accredited by the American Alliance of Museums. 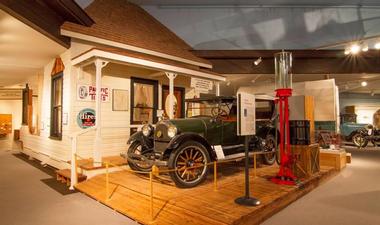 The Museum of the Rockies (MOR) features a range of paleontological collections that date back more than 500 million years and focus on the history and geographical aspects of the Rocky Mountains and the animals and people who have called the region home. The Museum also houses the largest collection of dinosaur remains and fossils in the country, including the bone from the thigh of a Tyrannosaurus Rex and the largest Tyrannosaurus Rex skull ever found.

Permanent exhibits at the Museum include ‘Enduring Peoples’ which narrates the life of American Indians who lived on the Northern Plains near the Rocky Mountains. The ‘History of the Northern Rocky Mountain Region’ showcases the inhabitants of the Rocky Mountains from fur traders, and gold seekers to Native Americans and white settlers who lived in the region from the frontier day through World War II. Other exhibits include The Living History Farm, which includes the Tinsley House, where life in a turn-of-the-century home is demonstrated by costumed interpreters and the 40 foot, 104-seat domed Taylor Planetarium.

The Tinsley House is one of the Museum’s permanent exhibits and is preserved as the Museum as a living history museum. Originally located in Willow Creek, the 100+-year-old house was moved to its present site, which is now in front of the museum, in 1989. Constructed of timber logs from the Tobacco Root Mountains, the turn-of-the-century home is a living example of how pioneers lived in the 1800s in the Gallatin Valley. The house features a kitchen, water pump, and functioning outhouse, children can play with contemporary toys and try on vintage clothing, and costumed interpreters demonstrate how life was lived.

Curatorial Center for the Humanities (CCR)

The Curatorial Center for the Humanities (CCR) is a new addition to the Museum and provides curatorial and storage areas for the museum's collection, which includes archaeological, art, Native American, historical, and photographic items. Designed by Slate Architecture of Helena, the 20,000-square-foot features office and work space, storage space and halls for exhibitions. 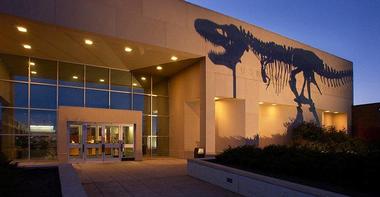 The Museum of the Rockies (MOR) offers a range of educational programs for adults and children, ranging from summer camps and family days to workshops, classes, and lectures. The Museum provides a variety of family programming that focuses on science, culture, and history, daily and weekly drop-in programs, and a variety of community events from annual parade entries for the Sweet Pea Festival of children's activities at the Bogert Farmer's Market

The Museum of the Rockies (MOR) is located at located on the Montana State University campus at the corner of W. Kagy Blvd. and 3rd Avenue and is open to the public Monday through Saturday from 9:00 am to 5:00 pm and Sundays from 12:00 pm to 5:00 pm. The Museum of the Rockies Store sells healthy snacks and beverages, and there are vending machines and a small eating area located on the lower floor of the Museum.

Back to: Best Things to Do in Bozeman, Montana

Things to Do in Montana: Museum of the Rockies in Bozeman