Things to Do in Lexington, KY: Kentucky Horse Park 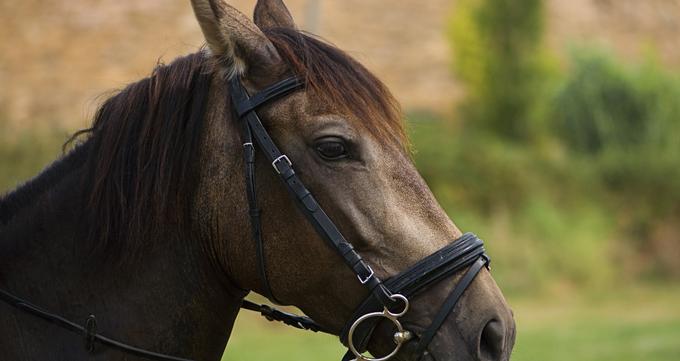 Kentucky Horse Park in Lexington is an educational theme park and working horse farm . Established in 1978 in northern Fayette County, the equestrian facility is spread over more than 1,200 acres of pristine rolling Kentucky terrain and is dedicated to the relationship between man and horse over the ages.

The park features a variety of exhibits, displays, performances, and shows, relating to both common, rare, working and racing horses from around the world, including Thoroughbreds, Arabian stallions, and award-winning geldings.

The Kentucky Horse Park puts on ‘Horses of the World’ shows twice a day, in which different horses from around the world are paraded and ridden by riders in authentic costumes. Each year the Park plays hosts to special events and horse shows, including themed shows such as ‘All the Queen's Horses’ (Britain), ‘Imperial China,' and ‘A Gift from the Desert’ (Arabia).

In addition to hosting amazing shows and parades, the Kentucky Horse Park is also home to the International Museum of the Horse, which houses a permanent collection of horse memorabilia, objects, and items documenting the history of the horse and the vital role it has played in the world throughout the ages.

The Kentucky Horse Park has also been home to some of the world's greatest competition horses, including Forego, one of the leading handicap horses of the 1970s, John Henry, the top money-winner and ‘Horse of the Decade’ for the 1980s, and Cigar, Horse of the Decade for the 1990s. Other renowned Thoroughbred horses to have called the park home include Da Hoss, the first horse to win the famous Breeder’s Cup in non-consecutive years, champions Alysheba and Funny Cide, and Go For Gin. Racing champions at the park have included Staying Together, Cam Fella, Western Dreamer, Rambling Willie, CH Gypsy Supreme, CH Sky Watch, and CH Imperator.

The Rolex Stadium is Kentucky Horse Park’s primary outdoor event venue. Primarily used for large outdoor horse shows, concerts, and other sporting events, the Rolex Stadium can seat more than 7,000 people in the main grandstand and a further 30,000 in the bleachers and has a standing capacity of nearly 52,000. Measuring 306 feet by 406 feet, the stadium floor is made from sand and fiber for horse racing and show purposes, however, artificial turf has been brought into the stadium for other sporting events such as football and soccer games, which are also held at the stadium. The Rolex Stadium features six concession and six restrooms, as well as a state-of-the-art ProStar LED video screen for big screen viewing.

The Alltech Arena is the Park's modern indoor arena that can seat up to 5,520 people and can be expanded to cater for 8,500 people for concerts. Measuring 135 feet by 300 feet, the indoor arena floor, and championship ring hosts indoor horse shows, as well as other sporting events such as ice hockey, indoor football, boxing, wrestling, concerts, and other special events. The Alltech Arena features 50,000 square feet with nine luxury suites, 222 VIP box seats and a 4,000-square-foot club lounge for up to 80 discerning patrons. The arena also has two box offices.

The Kentucky Horse Park is located at 4089 Iron Works Parkway in Lexington and is open to the public Wednesday through Sunday from 9:00 am until 5:00 pm in both summer and winter.Tickets to the Kentucky Horse Park include entry to the world-renowned International Museum of the Horse, the American Saddlebred Museum, and all areas of the beautiful park grounds year-round. During the summer and shoulder seasons, visitors to the Park can enjoy equine presentations, horse-drawn tours, horse shows and special events in the grounds throughout the day.

The Kentucky Horse Park offers a variety of educational programs for visitors of all ages, ranging from classes and clinics, equine troop training, youth horse-riding camps, and special group programs for schools. Special events include a Mounted Police Colloquium and Civilian Equine Sensory Training Clinics, which share new techniques with horse owners on how to train horses.

Back to: Best Things to Do in Lexington

Things to Do in Lexington, KY: The Arboretum