Things to Do in Detroit, Michigan: Detroit Zoo 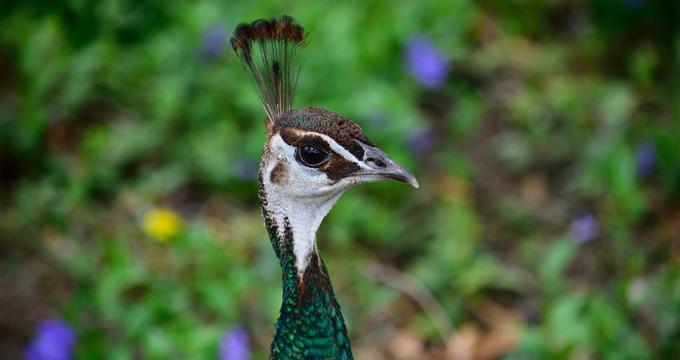 The Detroit Zoo first opened on August 1, 1928 with habitats such as lion dens, bear dens, raccoons and wolverines, bird house, African Veldt, fully stocked lakes, and elk yard. Additional animals and habitats were added from 1930 to 1932, including rhinos, elephants, giraffes, Baboon Rock, bison, Prairie Dog Village, the first reptile habitat, and a farmyard. The zoo opened year-round to the public in 1969. The country's first zoo simulator, Wild Adventure Ride, opened in May in 2001. In October of the same year, the Arctic Ring of Life, the continent's largest polar bear habitat, was unveiled. 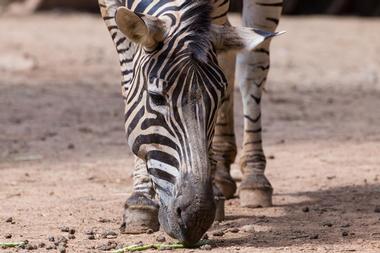 The American Grasslands habitat area runs along the Detroit Zoo's southwest border. The habitat features interesting animals from both North America and South America, such as grizzly bears, the Cotton Family Wolf Wilderness, the Barn, anteaters, wolverines, prairie dogs, Chilean flamingos, and bald eagles. The North American Grasslands habitats explore an ecosystem that includes animals from the prairie to the forest. Guests can view the huge and strong black bears and grizzly bears in their natural habitats, or watch bald eagles on the shore of their Pierson Lake habitat. Fascinating bison, which almost disappeared from the landscape of the United States but were saved from the verge of extinction, peacefully graze.

Within its two acres of naturalistic habitat, the Cotton Family Wolf Wilderness consists of native Michigan trees, meadows and grassy hills, a pond and flowing stream, dens, and raised rock outcroppings from which the wolves can view their surroundings. Guests are able to view the wolves several different vantage points around the exhibit, including from inside the historic Log Cabin, which contains an observation area with expansive glass viewing windows. A fun and immersive experience of the North American Grasslands is the black-tailed prairie dog habitat. Here, younger guests can experience seeing eye-to-eye with the prairie dogs through viewing bubbles.

The South American Grasslands habitats feature animals found in Colombia's deep rainforests and Chile's intrepid coasts. Giant anteaters can be seen walking on their knuckles as they hunt for termites and ants. Visitors can watch as the greater rhea, the largest bird in the Americas, uses its flightless wings to maneuver as it runs through the habitat. A herd of guanacos, ancestors of the modern llama, graze on leaves and grass in a lush habitat that they share with the collared peccaries. A pair of bush dogs often are seen running their carefully mapped paths. The American Grasslands area also includes tree kangaroos, wolverines, brown bears, donkeys, Przewalski's horses, Thoroughbred horses, beavers, steers, Binturong, Southern screamer, and yak. 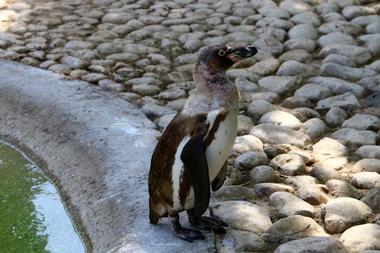 Located in the Detroit Zoo's northwest corner, the African Grasslands offers an opportunity to learn about the adaptable and diverse animal species of the expansive African Savannah. This significant biome's story is told with the help of warthogs, along with several species, such as the reticulated giraffes, white rhinoceroses, Grevy's zebras, aardvarks, lions, and African birds. The Giraffe Encounter, a fun interactive feature of the African Grasslands, is available from late spring until early fall. Visitors have the opportunity to hand-feed special treats to the reticulated giraffes from a raised wooden deck. This elevated platform allows the guests to be at eye level with the giraffes, giving the chance of close encounters with these gentle creatures. The African Grasslands habitat also includes eland, curassow, ring-tailed lemurs, African spurred tortoise, Ruppell's griffon vulture, Lappet-faced vulture, and Cinereous vulture.

The Asian Forest habitat area can found near the Red Panda Picnic Site, on the Detroit Zoo's north side, The habitat is home to Japanese macaques, red pandas, Bactrian camels, and Amur tigers. Also known as snow monkeys, the Japanese macaque is one of a small number of species of primates to live in cold weather climates. The Japanese macaques are often see basking in the warm water from their habitat's hot tub. Red pandas, distantly related to raccoons, are solitary animals native to the mountains of central China, Myanmar, and Nepal. Amur tigers, the largest of the remaining five subspecies of tigers, are the cat family's largest member.

The Arctic Ring of Life exhibit is among the largest polar bear habitats in North America. In addition to polar bears, the habitat area is home to seals and arctic foxes. The interactive, modern facility spans over four acres of indoor and outdoor space. The most interesting and unique feature of the habitat is the amazing 70 foot long Frederick and Barbara Erb Polar Passage, which is a transparent tunnel that winds its way through a massive underwater marine environment. The 8 foot tall, 12 foot wide tunnel takes guests underneath swimming and diving seals and polar bears. The seals and polar bears are kept separate by a clear barrier, but still appear to share one aquatic environment. After walking through the tunnel, visitors arrive in an "ice world," passing through a chilly ice cave and entering the Exploration Station that provides additional indoor viewing. The Arctic Ring of Life was named the number two Best Zoo Exhibit in the United States by Intrepid Traveler's guide to "America's Best Zoos." 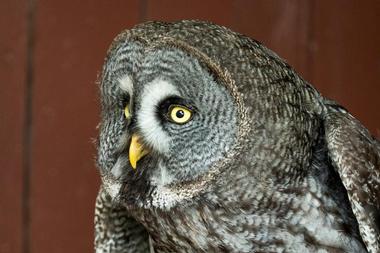 Home to 19 kangaroos and the red-necked wallaby, their close cousin, the Australian Outback Adventure provides visitors with a chance to get face-to-face with the animals. Zoo guests can get up close the kangaroos and wallaby in the habitat as they travel down a meandering path while the animals freely graze and bound throughout the enclosure. The exhibit simulates the Outback experience with three typical Outback settlement buildings, as well as with related plantings and landscaping. Among the buildings is "Max's Outback Roadhouse," which has a sun-baked exterior and tin roof. Two of the Outback structures serve as holding buildings in which the animals can access shelter and food.

Visitors are introduced to the whole kangaroo and wallaby experience through special, themed content, focusing on how the marsupials interact with the ecosystem and with Australia's human inhabitants, both European settlers and aboriginals. Trained volunteers are available to assist guests with many different interactive learning experiences, including graphics; recorded music of didgeridoos and other instruments; aboriginal artifacts such as weapons, petroglyphs (rock paintings), musical instruments, tools, and costumes; and an activity plaza with an interactive "kangaroo jump" among other special features.

The Edward Mardigan Sr. River Otter Habitat offers a naturalistic habitat for river otters and contains a 5,900 gallon pool with a waterslide and waterfall. The environment is designed so that guests, including small children, can watch the otters playing and swimming at eye level. 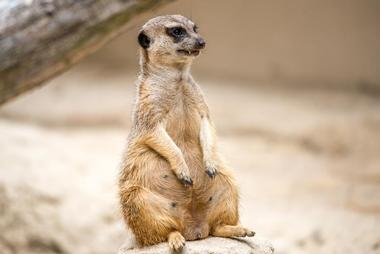 The Polk Penguin Conservation Center is the world's largest and most remarkable center for penguins. The 33,000 square foot center contains a 25 foot deep aquatic area filled with 326,000 gallons of water. This is where guests can view over 80 penguins, representing four different species, explore their habitat. Two acrylic underwater tunnels offer spectacular views as the penguins swim and soar above, around, and below visitors. Inspired by Sir Ernest Shackleton's epic Antarctic expedition and legendary crossing of the Drake Passage, the Polk Penguin Conservation Center conjures the visceral and formidable ice world of the Antarctica, recreated in a 360 degree, four dimensional entry experience that includes snow, waves, and arctic blasts.

An interesting video feature named "projection mapping" depicts a phenomenon known as iceberg calving, which is one of the most dramatic visual displays during which icebergs split, sending huge ice cascades crashing in the ocean. The Polk Penguin Conservation Center's striking exterior is reminiscent of a tabular iceberg with a crevasse and waterfall, evoking the beautiful and stark Antarctic icescape.

Over a thousand interesting amphibians are featured at the National Amphibian Conservation Center. These creatures live in spacious, naturalistic habitat exhibits. The center showcases the significant role the amphibians play within the environment, and is home to a remarkable diversity of toads, frogs, salamanders, and caecilians. 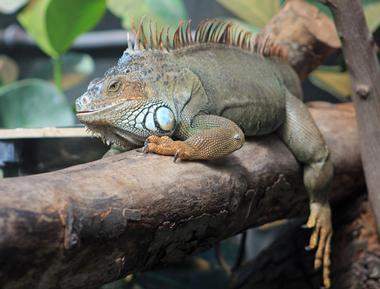 
The Holden Reptile Conservation Center houses 240 reptiles representing 80 species, one fifth of which are considered threatened or endangered. Among the different reptile species are the Chinese alligator, McCord's box turtle, and the Mexican lance-headed rattlesnake.

Birds representing over 30 different species fly, swim, and walk freely within the Matilda R. Wilson Free-Flight Aviary. These birds explore the aviary with dense tropical plants as cover in an inviting, warm climate.

Inside the Detroit Zoo's Wildlife Interpretive Gallery is the Butterfly Garden, which houses hundreds of butterflies of approximately 25 different species. The butterflies can be seen engaging in their natural behaviors, such as basking in the sun or feeding on ripe fruit or flower nectar. Around 250 butterfly pupae are bought by the Detroit Zoo each week from butterfly ranchers in Central America.

Back to: Best Things to Do in Detroit, Michigan


Things to Do in Detroit, Michigan: Detroit Zoo

Things to Do in Scotland: The Isle of Skye

Things to Do in Scotland: Royal Mile of Edinburgh

Things to Do in Oklahoma: Armstrong Auditorium