Things to Do in Seattle: Chihuly Garden and Glass 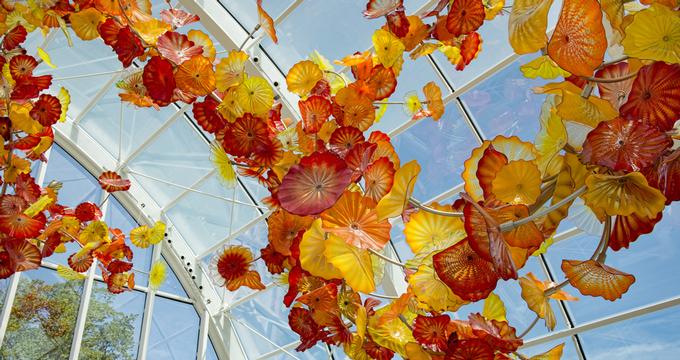 Located in the Seattle Center in Seattle, Washington, Chihuly Garden and Glass is a museum dedicated to the work of renowned artist Dale Chihuly. Chihuly Garden and Glass would have not been created if it wasn’t for artist Dale Chihuly. Chihuly was born in 1941, and grew up in Tacoma, Washington. He attended the University of Washington and majored in interior design. 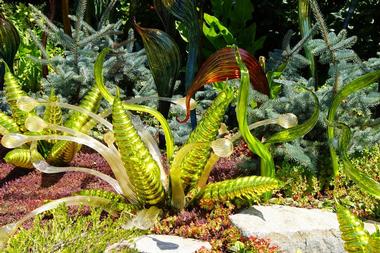 Since then, Chihuly’s work has been featured in over 200 collections spread across the world. Also, he has been awarded various honorary doctorates, fellowships, and awards. In the early 2000s, the Wright family contacted Chihuly to help them create a new era of artwork for the Seattle Center. Chihuly was honored to work alongside a family that was instrumental in creating and maintaining many of the architectural and artistic elements of Seattle, so he orchestrated the creation of the Chihuly Garden and Glass, which opened in 2012. 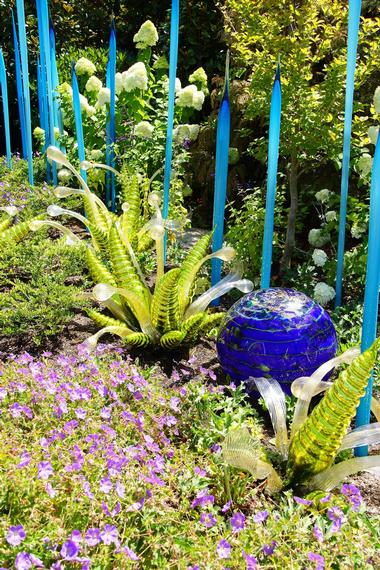 There are three parts to the Chihuly Garden and Glass: galleries, glasshouse, and garden.

Galleries are spread across eight different sections and three drawing walls. Each gallery has a specific theme, and explores how Chihuly consistently pushed the boundaries of art.

Glasshouse is a 40 foot tall building that sits in the center of Chihuly Garden and Glass. This 4,500 square foot structure is made completely out of glass and features various colors, such as red, orange, and amber. The perception of the elements within the Glasshouse change depending on the time of day, and the amount of light shining through the structure.

Garden incorporates elements of horticulture with glass art. This exhibition proves that there is a strong connection between horticulture and art, and crafting a beautiful garden is even an art form itself. Bright and lush glass sculptures perfectly exist among blossoming flora and fauna. Thus, showcasing the true talent and innovation of Dale Chihuly. 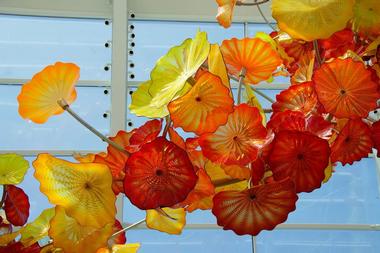 Part of the reason why Dale Chihuly was ecstatic to create Chihuly Garden and Glass was to educate the general public about glass as an art form. While the museum offers special lectures and classes occasionally, Chihuly Garden and Glass offers daily talks and tours of the museum. Starting at 11:30 am, visitors can enjoy a free gallery tour with a specially trained museum employee to gain in depth knowledge and discussion around specific or significant pieces in the collection. From 12:30 pm to 4:30 pm, visitors can visit various galleries and parts of the museum to listen to an interactive and thought provoking discussion about the specific exhibit. 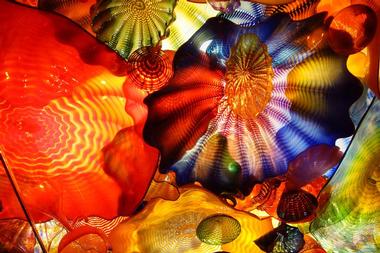 Chihuly Garden and Glass regularly offers special events that cater to the specific season. One of the most popular special events is the New Year’s Eve event. Every year, Chihuly Garden and Glass hosts a dinner party where guests have the opportunity to dine, dance, and tour the museum. The night ends with a special champagne toast and watching the classic Seattle fireworks explode at midnight. For more information about the New Year’s Eve party, and other special events, head over to the museum’s website.

The dining option at Chihuly Garden and Glass is the renowned Collections Café. Collections Café features Chihuly’s collection of beach glass that dates back to his childhood. While gazing at the extensive collection, guests can enjoy a combination of Northwest and Mediterranean food, as well as a wide selection of craft beer and decadent wine.


Things to Do in Seattle: Chihuly Garden and Glass

Things to Do in Seattle, WA: Pacific Science Center Museum