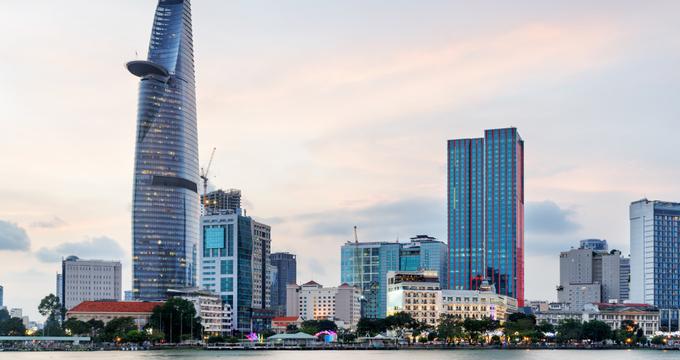 If you’ve heard of Saigon but don’t know where it is in Vietnam, you might want to look up Ho Chi Minh, the country’s largest city. The truth is Ho Chi Minh City and Saigon is one and the same.

And while the two can be interchangeable, calling Vietnam’s biggest city Ho Chi Minh or Saigon can be a very sensitive topic depending on where you’re having the conversation. This is because it has a lot to do with the name used before the events of the Vietnam War. While foreigners can be forgiven for choosing either name, which name people choose may be indicative of their political leanings, especially among the Vietnamese.

So which is which?

The word Saigon originated from the Vietnamese name “Sài Gòn.” In 1976, the area was merged with the province around it and renamed to Ho Chi Minh. It signified the reunification of Vietnam’s north and south after the war. The name Ho Chi Minh was taken from the communist leader who was credited for uniting the whole country.

Ho Chi Minh is usually shortened to HCM, HCMc or HCMC when written, and is the city’s official name to date. In spite of this, many people still use Saigon, especially those from the south since the name is shorter and easier to use in speech.

The newer generations naturally use Ho Chi Minh, thanks to the mandate of the government to encourage the use of the name more often. This name has been used in schools and textbooks as well.

If you happen to travel to Vietnam, the safest thing to do is to use the term that the person you’re talking to is using. In most cases, however, both Saigon and Ho Chi Minh can be used interchangeably. You will eventually notice that people of the south that live within the suburbs use Ho Chi Minh to refer to their own area while Saigon is meant to refer to the urban parts. This has a lot to do with the fact that these areas did not form part of Saigon prior to the merger back in 1976.

Thus, age and background are very important factors to determining which term is more appropriate to be used. The young are more likely to use Ho Chi Minh while others tend to use Saigon, except in official government functions.

When to Use Saigon

- Keep in mind that while the city is officially Ho Chi Minh, the airport code remains to be SGN.

- If you’re in District 1, the center of Ho Chi Minh, you’ll want to use the word Saigon because that’s what people call it.

- Some newer hotels like to use the word Saigon over Ho Chi Minh.

- Some bus stations still haven’t changed Ho Chi Minh and their tickets even have Saigon written on it.

- The river in the city is still referred to as the Saigon River.

- People whom you may know to have fled after the Vietnam War may still use the word Saigon for personal and political reasons.

When to Use Ho Chi Minh

- If you’re travelling to Hanoi and anywhere towards the north, the name Ho Chi Minh is more commonly used.

- For all government functions, documents, and publications, Ho Chi Minh is used since it is the official name of the city.

- Areas surrounding Saigon or those that are not part of District 1 are referred to as Ho Chi Minh instead of Saigon.

When Traveling to Vietnam

You’ll notice that most of the flights that land in Saigon are the cheapest in spite of the fact that it’s not in the center of things. This is because the place is really a traveler’s destination in its own right. From there, you’ll find many ways to get to Hanoi and other points of interest in Vietnam.

Whether you call it Saigon or Ho Chi Minh, you will no doubt find lots to do in Vietnam’s busiest urban district. The nightlife here is a bit more lively compared to others such as in Hanoi and you’ll find many Western influences there. But as you travel between the north and the south, you’ll notice a difference in their cultures. The people of the south consider themselves to be friendlier, while those in the north claim that the southerners are strange. This, of course, shouldn’t prevent you from having fun in Vietnam.

Things to do in Vietnam

The name doesn’t change the fact that Vietnam is a great place to visit, not only because of the ridiculously cheap cost of goods and services, but because of the many things you can do there as well. Here are a couple of things you’ll want to try:

- Hitting the Spa: Ho Chi Minh has a lot of spas that you can choose from to unwind and relax. This is a good thing to remember after all the shopping you’ll definitely be doing while you’re there. The good thing about this is that they’re all within the city’s center, so you don’t have to go out of your way to get there after a tiring day.

- Haggling for discounts: Don’t leave Vietnam without hitting the markets for cheap food, souvenirs, and a lot of traditional Vietnamese products like fans, scarves, knives, and more. ALWAYS make it a point to haggle. The vendors there are trained to impose higher prices on foreigners.

- Excursions: experience the infamous Chi Chi Tunnels for a very enlightening afternoon. These tunnels were what keep villagers safe during the war. You can get a tour guide for only $20 to show you around.

- Ride a Moped: They’re everywhere in Ho Chi Minh! Hopping on one is arguably the best way to see the city. Some of the drivers are crazy though, so you might want to book one via Uber moto just to be sure you’re safe.

Finally, don’t forget to experience what it’s like to eat and live like the locals by experiencing the Vietnamese nightlife. When you’re done, it won’t really matter if it’s Saigon or Ho Chi Minh.