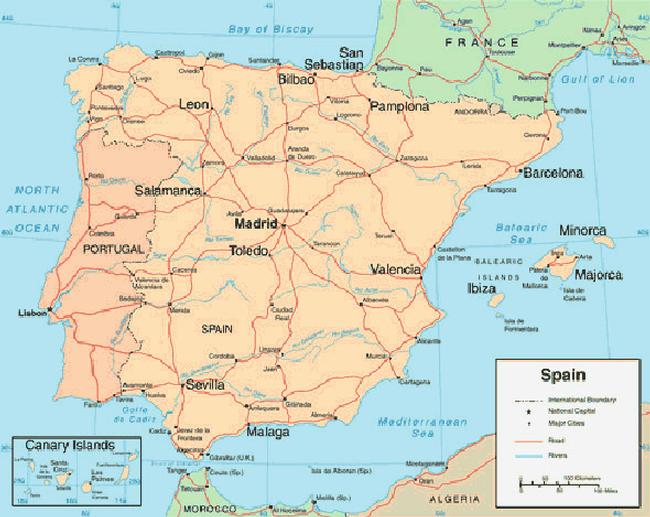 The map shows Spain in orange, including the islands that belong to the country. Neighboring countries, France and Morocco, are shown in green. Portugal is red. You can see major cities, including Madrid, Barcelona, Toledo, Leon, Valencia, Malaga and others. The country is surrounded by the Atlantic Ocean and the Mediterranean Sea. The Mediterranean coast and the islands of Ibiza and Majorca are popular tourist destinations.

If you are interested in art and history, be sure to stop in Madrid, Barcelona, or both. The cities are home to many museums and architectural attractions. There are many unique shops and restaurants where you can sample Spanish, Italian, Mediterranean and other cuisine from around the word.

If you are traveling with children, Barcelona has a choice of fun things to do, including an aquarium, harbor cruises , planetarium, Tibidabo amusement park and a zoo. Learn about pirates at the Maritime Museum and about dinosaurs at CosmoCaixa.

Barcelona is home to several UNESCO World Heritage Sites, including Park Guell, Casa Mila, Sagrada Familia and others. You can explore over 60 parks of different shapes and sizes. There are seven beaches where you can swim and sunbathe. Hotel Claris is a modern hotel in the heart of the city. You can see Egyptian art on display at the hotel. The hotel has several restaurants, or you can dine at one of the local eateries.

The country produces some of the top wines - it is the world’s third largest producer of wine. Some of the wine growing regions you can visit are Rioja, Ribera del Duero , Jerez, Rías Baixas and Catalonia. Visit a unique hotel such as Hotel Marques de Riscal where you can combine wine tasting with unique architecture and sightseeing. The hotel also has a wine-inspired spa. 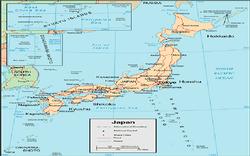 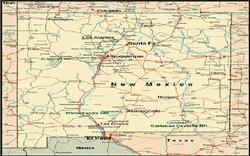 Map of Europe - Places to Visit