Things to Do in Fayetteville, AR: Arkansas Air Museum 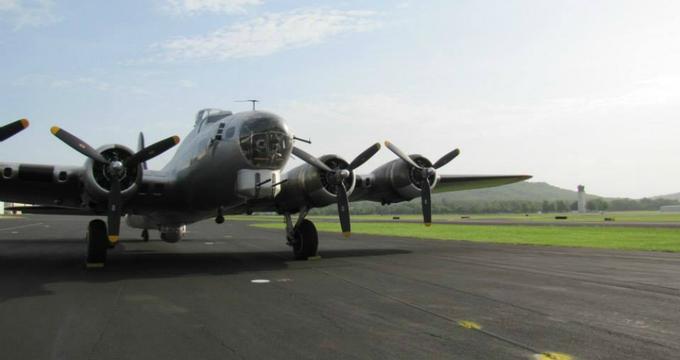 Fayetteville’s Arkansas Air and Military Museum displays the history of aviation in Arkansas and American military conflict through exhibits of aircraft, artifacts and memorabilia. Many of the historic aircraft are still capable of flying. The wooden white hanger in which the airplanes are displayed is itself part of military history, having been the headquarters of a U.S. aviator training post during World War II. Permanent exhibits at the museum include a military vehicle exhibit.

The vehicle collection includes several ambulances dating back to World War II and the Korean and Vietnam wars, as well as a British Rolls Royce armored car and a Chevrolet truck from World War II. An exhibit called ‘Large or Small, we Lead them All’ traces the history of Walter Beech’s Travel Air Company, which began in 1925 with 900 square feet of rented space, and by 1929 was the world’s leading manufacturer of commercial aircraft. The museum hosts an exhibit dedicated to the life and history of Louise Thaden of Bentonville, Arkansas. Thaden was one of the most famous pioneers of flight in the golden age of aviation. A colleague of Amelia Earhart’s, she co-founded the Ninety-Nines, a women’s pilot organization which is still in existence today. Military aircraft on exhibit at the museum include A Bell UH-1H Huey helicopter. The Huey is the most well known helicopter of the Vietnam era and was used for everything from medical evacuations to gunship. The Bell AH-1S helicopter is a more modern version designed specifically for combat. The museum displays a Douglass A-4 Skyhawk on loan from the National Museum of Naval Aviation in Florida, and an H21C Shawnee from the Vietnam War. A Boeing-Sterman N2S-S is one of the older models in the fleet. The PT-17 version on display at the museum is from 1940. The museum displays a wide variety of non-military aircraft. Among them is a 1954 two-seater originally belonging to Sam Walton of Walmart and Sam’s Club fame. The Travel Air Model R “Mystery Ship” from 1928, was named as such because it was built in secrecy. The aircraft was finally revealed at the 1929 Cleveland National Air Races, and was the first civilian racer to beat all the military entries. A Howard DGA-11 is one of just five remaining today. The DGA, which stood for Damn Good Airplane, was the fastest four-seat personal aircraft when it was built in the 1930’s. Other Howard aircraft at the museum include a DGA-6 Mister Mulligan and a DGA-18K. A rare, lightweight Curtiss-Wright CW-1 Junior from 1930, and a Learn Jet 23 from 1964 are also in the collection. A wide range of military engines are on display, from drone engines to rocket engines. The museum also displays a Rolls Royce Spry engine, used by the military in the 1960’s and 1970’s. Men and women from Arkansas who have ties to flight history, and military service are recognized throughout the museum with a collection of artifacts and memorabilia including uniforms, weapons, letters and photographs.

History: The Arkansas Air and Military Museum is located at Drake Field, a public use airport owned by the city of Fayetteville. Drake Field previously served as the commercial airport for Northwest Arkansas, and its first scheduled jet service was operated by the original Frontier Airlines in the 1970’s. The historic 1940’s wooden hanger in which the museum’s collection is housed was used as a flight training location during World War II, and is listed on the Arkansas Registry of Historic Places.

Ongoing Programs and Education: A Commemorative Air Force History Tour takes place over 4 days each September in partnership with the museum. The tour offers rides in historic military aircraft, displays additional aircraft and hosts a pin-up contest and 1940’s era Pin-Up girl fashion show. Many of the aircraft at the museum are still in service and guests can make reservations for flights. A Stinson S Junior from 1931 is just one of the planes that are available for flights. The aircraft from the golden age has been restored to its original specifications. An area at the back of the hanger is where volunteers do work to restore the aircraft and engines. The area is open for public viewing and offers several hands-on activity stations. Airport Days take place on the third Saturday of each month and offer visitors a pancake breakfast, and hamburgers and hotdogs for lunch.

More Things to Do in Fayetteville

8 Best Things to Do in Bull Shoals, Arkansas

17 Best Things to Do in North Little Rock, Arkansas

16 Best Things to Do in Fayetteville, AR

15 Best Things to Do in Heber Springs, Arkansas