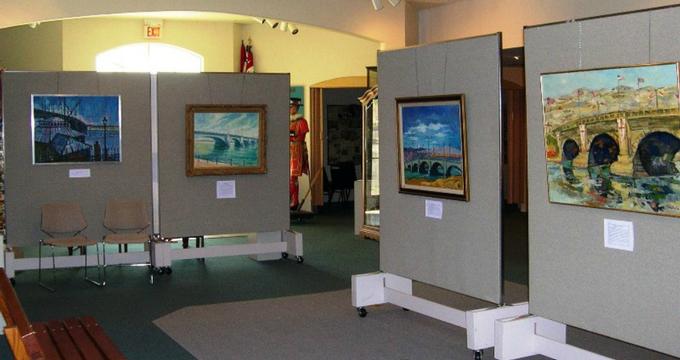 The Lake Havasu Museum of History is located in Havasu City, Arizona. This museum was founded in order for both present and future generations can know the importance of the Lake Havasu area’s creation and development. The hope is also that people can learn from the area’s past, as well as recognize that there is a need for the preservation of the area’s historical heritage. This historical human heritage stretches from the archaic peoples up through to the Hispanic settlers to miners, dreamers, dam builders, and developers.

Since before Lake Havasu or Havasu City even existed, a bustling community has existed along the banks of the Colorado River, a community consisting of Native American tribes that had called this basin their home. The most prominent of these tribes of the Lake Havasu area were the Chemehuevi and Mohave. Visitors journey through the Lake Havasu Museum of History starts with an exhibit that highlights the history of the Chemehuevi and the Mohave tribes. The exhibit shares the story of their displacement and their relocation to the CRIT reservation within the La Paz County in Arizona. It also explores their cultures and lifestyles.

Miners hoping to strike rich were the next settlers of the area to arrive after gold was found along the Colorado River. The museum features an exhibit covering the mining history along the Colorado River in the Lake Havasu area and the Chemehuevi Mining District. While the Mohave Mountains of the Lake Havasu area were especially famous for gold, copper, silvers, and other minerals were also found in the area.

To transport both settlers and supplies to the Lake Havasu area, navigating the Colorado River was a necessity. Skirmishes with unhappy Native Americans broke out in the area, which led to the Fort Yuma being established so the United States Army could protect the immigrants. This also led to the start of using steamboats to deliver supplies on the Colorado River. The exhibit at the Lake Havasu Museum of History displays the steamboat navigation history, from its beginnings in the year 1852 up through the retirement of the Searchlight, the last steamboat, in 1916.

Constructed during the 1930’s, the Parker Dam paved the way for the future, marking the start of a new era along the Colorado River. Lake Havasu was formed as a result of damming the river. Despite legal maneuvering and protest, it provided water to Southern California, and still continues to, by way of the Metropolitan Water District. Water is also provided to the area of Phoenix, Arizona through the Central Arizona Project. The museum’s exhibit showcases the world’s deepest dam and offers visitors with a glimpse into the challenges engineers faced when building this marvel in engineering, as well as the tools used in its construction.

More permanent, interactive, and special collections and exhibits can be seen on display within the walls of the Lake Havasu Museum of History. The museum features local artist displays, programs, and monthly presentations. Group and individual tours are also available for visitors wanting a more in depth exploration of the museum.