Things to Do in Flagstaff, Arizona: Lowell Observatory 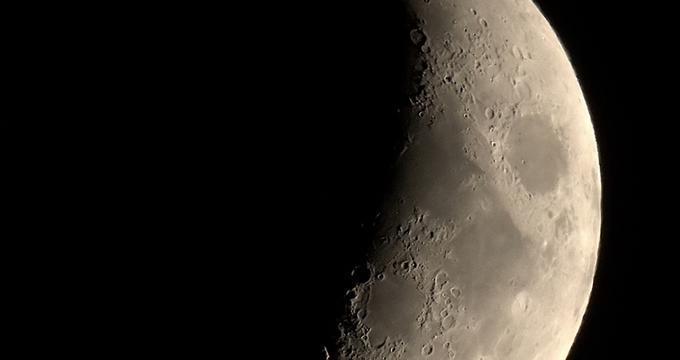 The Lowell Observatory of Flagstaff, Arizona is a not-for profit independent research institution. Flagstaff was the first city in the world to be designated as an International Dark Sky City, making the Anderson Mesa observatory, located just 10 miles north of Flagstaff, the perfect stargazing environment. Locals refer to the site as Mars Hill.

Telescopes at the state-of-the-art facility are located throughout the 750 acres of the Anderson Mesa, with administrative offices and visitor services grouped at the southeast corner of the facility, just 1 mile from Flagstaff. The Putman Collection Center at Mars Hill houses the observatory’s artifacts and archives. Among the collection is a 1911 Stevens-Duryea touring automobile once owned by Percival Lowell (1855–1916), the founder of the observatory. Lowell was an astronomer who studied Mars extensively and fueled the belief that the planet was home to water-filled canals that could sustain life. His theories were disproved by NASA in the 1960s. Other items on display as part of the Putnam Collection include Percival Lowell’s first telescope, given to him by his mother when he was just 15 years old. The spectrograph used by V.M. Slipher to gather the first evidence of the expanding of the universe is on display, as are scientific books dating back hundreds of years. The Rotunda Museum houses exhibits that educate guests on the history of the observatory and the discoveries that have occurred there, most notably Slipher’s discovery of the expansion of the universe and Tombaugh’s discovery of Pluto. An exhibit on the observatory’s role in the mapping of the moon for the Apollo Program includes photographs of the Apollo astronauts training at Lowell in 1963. An exhibit on the Lowell family history includes Percival Lowell’s notes, drawings, and research of Mars. A historical 60-foot long slide rule rounds out the collection of artifacts. Historical telescopes at the Mars Hill observatory include the 13-inch telescope that Clyde Tombaugh used to discover Pluto in 1930. As of August 2017, this telescope is currently closed for restoration. The original Alvan Clark and Sons 24” Refractor Telescope built in 1896 is still in operation and is used for educational purposes and public viewing, including the night sky programs. A new Discovery Channel Telescope (the DCT) is located at Happy Jack, 35 miles from the observatory’s main location. The $53 million 4.3-meter telescope is considered the flagship instrument of the observatory’s current research efforts.

History: The Lowell Observatory is one of the oldest in the United States, having been established in 1894 by Percival Lowell of Boston’s elite Lowell family. The research station at Anderson Mesa, Mars Hill, has been in continuous operation since 1960. The observatory is still overseen by a sole trustee, a person traditionally nominated by the Lowell family. Designated as a National Historic Landmark in 1965, TIME Magazine named the observatory one of the world’s 100 most important places in 2011. Today, over 85,000 visitors per year see the exhibits and enjoy the public programming. Current research at the observatory includes the study and observance of near-Earth asteroids, a study on the brightness stability of the sun, and a search for planets outside our solar system.

Ongoing Programs and Education: Daytime guided tours include The Story of Pluto, a 45-minute walking tour, which educates guests about the Pluto Discovery Telescope. The Lowell Tour explores the observatory’s history with a 45-minute walk of the campus, stopping at the 24” Clark Refracting Telescope, which was built in 1896 and is still in use today. Youth programs include a Junior Astronomer Program and the Lowell Observatory Camp for Kids, otherwise known as LOCKs. Evening Telescope Viewing takes place with the 24” Clark Refracting Telescope. Visitors can see the moon, planets, and star clusters under the guidance of an educator from the observatory. Special educational programs at the Rotunda Museum include the Solar System and Stars and Galaxies, which are 45-minute educational talks. The Visitor Center Lecture Hall hosts 45-minue Science Demonstrations and the Science of Light program. Thirty-minute Constellation Tours meet at the Rotunda Museum and take place outdoors when the sky is clear and the moon is dark.

Past and Future Exhibits: A Space Guard Academy exhibit is now open, which educates guests about asteroid research and science. In this hands-on interactive exhibit, visitors learn how to use photometry to detect the movement of asteroids and to differentiate them from a sky full of stars.

Back to: Things to do in Arizona, Things to Do in Flagstaff

Things to Do in Flagstaff: Museum of Northern Arizona