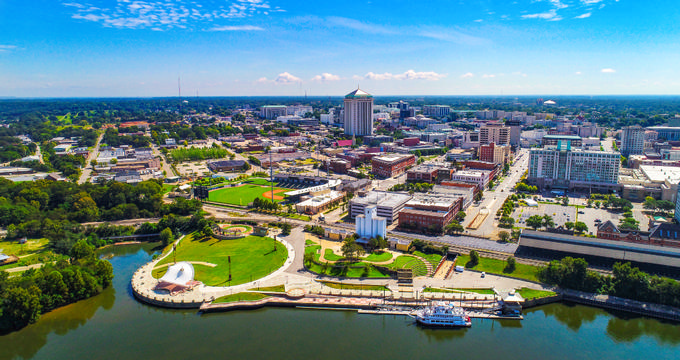 Located in the southeastern part of the United States, Alabama is the 30th biggest state in terms of its area and the 24th largest in terms of population. Nicknamed the Yellowhammer state in honor of its state bird, Alabama is also known as the 'Cotton State' and 'Heart of Dixie'. Alabama has the unique distinction of having more inland waterways than any other state, with over 1,500 miles in total.

Alabama covers an area of 52,419 square miles and has a total estimated population of more than 4.8 million. The state has borders with Mississippi, Tennessee, Georgia, and Florida, as well as having a relatively small stretch of coastline on the Gulf of Mexico. The capital city of Alabama is Montgomery, but its biggest city is Birmingham, with Greater Birmingham being the biggest metropolitan area in Alabama. Here are some key details, statistics, and facts about the largest cities in Alabama. 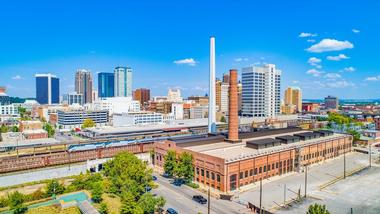 Situated in the central part of Alabama and spread out across both Jefferson County and Shelby County, Birmingham is the biggest city in the state. Nicknamed 'The Magic City' for its rapid growth and expansion over the years, Birmingham is a key cultural and industrial hub for Alabama and covers an area of 148.56 square miles.

The estimated population of Birmingham is 210,000, but over 1.1 million people live in the Greater Birmingham metropolitan area. The city was named in honor of Birmingham, England, which is the second largest city in the entire United Kingdom. Birmingham was founded back in 1871 and was originally dependent on mining, but grew over the years to include a prosperous steel industry and more. 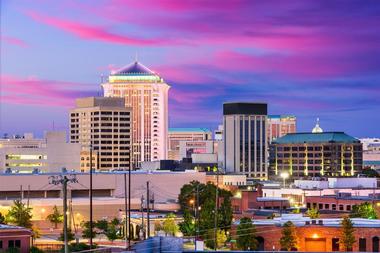 Situated in Montgomery County on the Alabama River, Montgomery is the second biggest city in Alabama. Montgomery is also the Alabama state capital and is located in the south central part of the state. The city covers an area of 162.18 square miles and has an estimated population just under 200,000, with around 373,000 people living in the surrounding metropolitan area.

Montgomery was named after Richard Montgomery, an Irish soldier who was a key general in the Continental Army during the Revolutionary War. The city of Montgomery has a rich history, playing a key role in the Civil Rights Movement and being home to many key United States military installations, including Maxwell Air Force Base. The city is also an important educational hub for Alabama, home to Troy University, Alabama State University, and Auburn University at Montgomery. 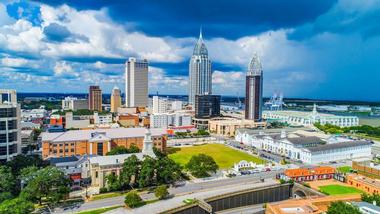 Mobile is the third largest city in the state of Alabama. This city is located in Mobile County in the southwestern part of Alabama. Mobile also has the unique distinction of being the biggest town or city on the Gulf Coast between the major cities of St Petersburg in Florida and New Orleans in Louisiana.

Mobile covers an area of 180.06 square miles, of which more than 40 square miles is water, and has an estimated population of 190,000 people, with over 410,000 in the surrounding metropolitan area. Mobile is the only port city in Alabama is located on the Mobile River. The city's port has always been an important factor in its economy and is still one of the biggest ports in the United States in the modern day. 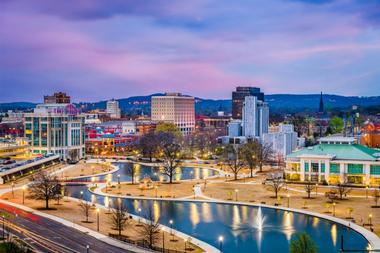 Huntsville is the fourth largest city in Alabama and is mostly located in Madison County, in the Appalachian region of the state, which is found to the north. Some parts of Huntsville also extend into Limestone County and Morgan County. Huntsville covers an area of 214.7 square miles and has an estimated population around 190,000, making it very similar in population to Mobile.

There is a possibility that Huntsville’s population may in fact be the third highest in Alabama, but an official survey will need to be carried out to confirm this possibility. The city of Huntsville is known as 'Rocket City' due to the presence of the NASA Marshall Space Flight Center. 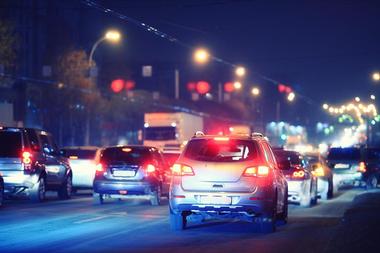 
Located in the western central part of Alabama, Tuscaloosa is the fifth biggest city in the state. The town was incorporated back in 1819 and named after Tuskaloosa, a Native American chief in the Mississippi region. Tuscaloosa covers an area of 71.7 square miles and has an estimated population of 100,000 people, with over 235,000 living in the surrounding metropolitan area.

The city of Tuscaloosa has various nicknames, including 'Druid City' due to the many water oak trees around its streets, and 'City of Champions' due to the fact that the University of Alabama football team, the Alabama Crimson Tide, has won several championship games in recent year.

10 Best Things to Do in Bessemer, Alabama