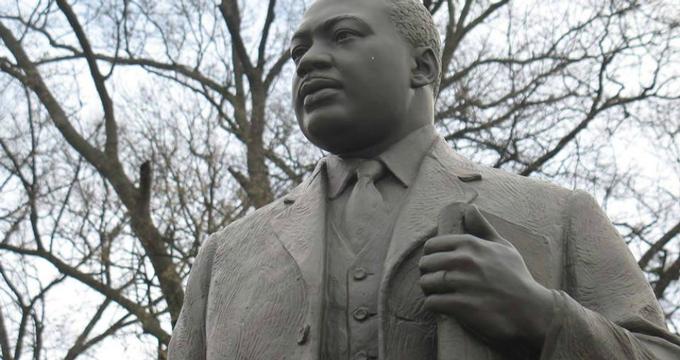 The Birmingham Civil Rights Institute has welcomed over 2 million visitors since opening its doors in 1992 as a cultural and educational “living institution, and research center." Providing group tours, teacher education, public programming, and exhibitions, the Birmingham Civil Rights Institute promotes comprehensive understanding of international civil rights and the civil rights developments. Certain attractions may be temporarily closed or require advance reservations. Hours/availability may have changed. 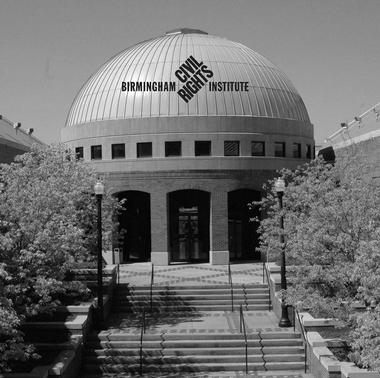 The idea to build a museum to commemorate the history of the civil rights movement in Birmingham, Alabama began with Mayor David Vann in 1978. Inspired by his trips to Israel, Vann believed that healing could begin with remembrance. His successor and Birmingham’s first African American mayor, Richard Arrington Jr., appointed a Civil Rights Museum Study committee and created the first organization to begin planning the city sponsored museum.

In 1986, the idea of a museum expanded into a Civil Rights Institute to imply action oriented ideals. Arrington created a task force that crafted a mission statement and an architectural firm was hired along with planning consultants to begin laying the ground work on property where the 1963 marches and civil rights demonstrations had been held in efforts to document strides towards freedom.

The Institute opened to the public in 1992 and has since welcomed over 2 million visitors and provided educational programing to more than 140,000 students and adults. The BCRI believes that social problems and divisiveness are perpetuated through silence and indifference and encourages the exploration of morality, law and justice, and responsible citizenship.

The Birmingham Civil Rights Institute is open Tuesday through Saturday from 10am until 5pm and Sunday’s from 1pm until 5pm. BCRI is closed all major holiday.

From Martin Luther King Day, on which admission is free, through the month of February, BCRI is also open on Mondays from 10am until 5pm. Details on cost of admission can be found online.

The permanent artifacts displayed in the Birmingham Civil Rights institute chronical the history of the civil rights movement in Birmingham Alabama and nationwide. The block that the institute is located on was the Killinger Park site where hundreds of people demonstrated for civil rights in 1963.

There is a total of 27,000 square feet of exhibition space at the institute that includes the historic colored and whites only water fountains which have come to be a power symbol of segregation and the civil rights movement in Birmingham. Other exhibits show the difference between black and white classrooms in the 1950’s, a black church in the center gallery that talks about REVEREND FRED SHELTERSWORTH., one of the prominent leaders of the civil rights movement in the area.

There are also exhibits that showcase the prominence and flourish of black owned businesses such as barbershops and other businesses on 4th avenue. The law and justice system is also reflected upon in exhibits that mimic court room scenes and trials of the south. Another popular exhibit space features how racism exists and is progressed through pop culture and images presented through the media and advertisements. The Ku Klux Klan and history of hate crimes in Birmingham and around the country is also talked about and remembered at the institute. 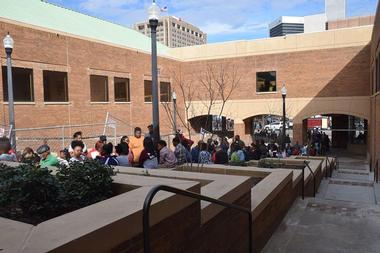 Not only is Birmingham Civil Right Institute a place for education, it is a place for action and is dedicated to spreading a message of awareness through community engagement and involvement.

Birmingham Pledge Teen Summit is an annual event that brings community high schools together for an all-day event where teens can participate in workshops designed to engage them in diversity rich activities and actively oppose prejudice while pledging to resolve racial issues in their schools.

Juneteeth- Since 1995, The BCRI has hosted a celebration commemorating the end of slavery. The date changes annually and more information can be found online.

Martin Luther King Jr Day- One day a year admission to the BCRI is free with galleries open early and special activities in remembrance of the civil rights leader.

Annual Shuttleworth Human Rights Award- Established in 2002, this annual award pays tribute to Reverend Fred Shuttlesworth of the US Civil Rights Movement and is bestowed upon someone that embodies the principles that characterized the life of the award’s namesake. The award is presented at an annual ticketed dinner that benefits the BCRI. More details can be found online.

Black History Month- Every February the BCRI has a different theme that focuses on challenges in the African-American community. There are special events and extended hours during this month.

Milestones Walking Tours- Every Saturday in April, free walking tours with a history lesson on the civil rights movement in Birmingham are offered at 10am. Tours are 1 hour long and are led through the 4th avenue business district.

Back to: Things to do in Alabama, Things to Do Birmingham

You are reading "Birmingham Civil Rights Institute" Back to Top

You are reading "Birmingham Civil Rights Institute " Back to Top

18 Best Things to Do in Cullman, Alabama

Gorham’s Bluff Lodge and Cottages, a Romantic Getaway in Alabama

25 Best Things to Do in Birmingham, Alabama

15 Best Things to Do in Gulf Shores, Alabama