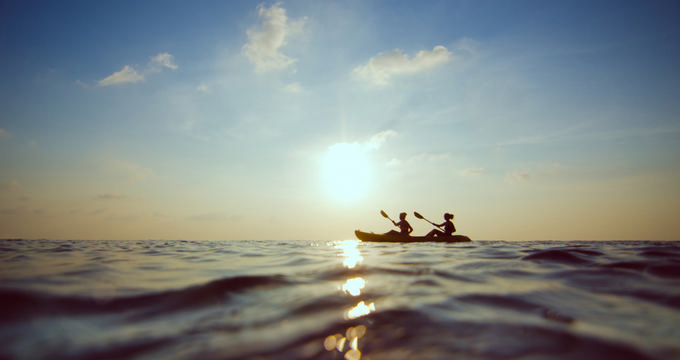 The second biggest city in the state of Oklahoma, Tulsa is well known for being a central hub of the American oil industry in the 20th century. In more recent times, the city of Tulsa has since diversified to focus on a wide variety of business sectors and is widely regarded as the cultural hub of Oklahoma and one of the fastest-growing US cities of all.

Situated on the Arkansas River and surrounded by natural landmarks like the Osage Hills and Ozark Mountains, Tulsa is right in the heart of Oklahoma's 'Green Country' and is a popular area with outdoor and nature enthusiasts. With over 130 parks spread around the city, including the famous Tulsa River Parks, and various lakes and waterways in the surrounding area, Tulsa is a super spot for kayaking. Things to Do in Tulsa CDC information for travelers. Hours/availability may have changed. 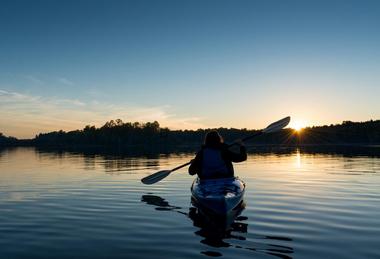 All sorts of kayaking adventures can be enjoyed in and around the city of Tulsa, Oklahoma. Here are some of the top lakes and waterways for you to check out on your next trip to the city.

Located just northeast of the city in Rogers County, Claremore Lake is one of the larger bodies of water in the Tulsa area, with a surface area of 470 acres and a shoreline that runs for approximately nine miles. Family-friendly activities like picnic areas and a disc golf course can be found nearby, as well as various docks and boat ramps for easy kayaking. The surrounding scenery provides some beautiful views and the size of lake ensures that even on busy days, you can still find some quiet spots to paddle around.

Just south of the city sits Lake Bixhoma. This public reservoir covers 110 acres of land and features three miles of shoreline with several easy-to-access launch sites. It's a popular recreational area for Tulsa citizens and visitors, with many people gathering here at weekends and holidays to kayak, swim, and fish in the lake. Paddleboarding and kayaking on Lake Bixhoma are very popular activities, with very calm, relaxing waters that can be enjoyed by people of all ages and ability levels.

West of the city of Tulsa sits the picturesque Shell Lake. One of the area's hidden gems, Shell Lake is a gorgeous spot to do some kayaking and fishing, highly rated with locals and tourists alike. Some unique rock formations and exciting little grottos can be found around the area and the crystal clear waters are perfect for kayaking.

One of the major tributaries of the Mississippi River, the Arkansas River flows right through Tulsa and can provide some thrilling kayaking opportunities, with various rapids and tricky sections found at certain parts of its length, but it can often dry up a little and become too shallow for paddling. One good spot to enjoy some Arkansas River kayaking is at Keystone Lake, just west of Tulsa. Created in 1968, this reservoir is a really popular spot with Oklahoma kayakers.

2.Kayak Outfitters and Rentals in Tulsa 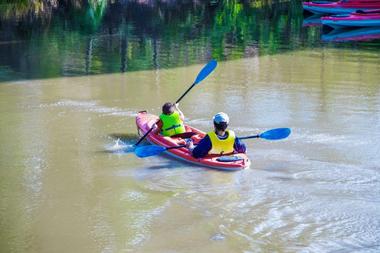 There are currently no guided kayaking tours to enjoy in the city of Tulsa, as the kayaking scene is still growing in the area. However, there are several kayaking outfitters and rental services to be found in and around the city, as well as marinas located on some of the top kayak-friendly lakes in the Tulsa area like Shell Lake and Keystone Lake. Here are some contact details and overviews of two of the top kayaking services and outfitting locations you can find in Tulsa.

Not far from the banks of the Arkansas River is Tulsa Kayak, part of the OKC Kayak chain. Offering kayak, canoe and stand up paddleboard rentals and purchases, this is the number one spot in Tulsa to get yourself outfitted with top quality kayaks and kayaking equipment. Every kind of kayak is sold here, from simple inflatable kayaks to fishing kayaks, tandems, white water vessels and more.

Located not far from downtown Tulsa, West Marine sells every kind of vessel and piece of equipment you could hope to need for kayaking adventures in Oklahoma. With great low prices and friendly, helpful staff, this is a super spot to cover your kayaking needs, and the West Marine team will be happy to answer any questions you have and provide useful information about kayaking in the Tulsa area.

You are reading "Best Kayaking in Tulsa" Back to Top

Attraction Spotlight: Center of the Universe in Tulsa, Oklahoma

The Center of the Universe in Tulsa, Oklahoma, is a concrete circle, 30 inches in diameter. The surrounding sidewalk sports a spiral pattern of bricks and concrete, totaling 8 feet in diameter. It is not the décor of the sidewalk that draws in tourists however, but rather the acoustics heard by visitors who stand in the center of the circle. In a widely misunderstood acoustic anomaly, sounds emitted at the center of the concrete circle are echoed back to the person standing there, but are inaudible to anyone else. For those standing in the circle, sounds made by persons outside of the circle seem distorted and are hard to hear. Even the drop of a pin inside the inner circle sounds like a loud crash to one who is standing there.

Tulsa is not alone in proclaiming itself as the Center of the Universe, there are at least 16 similarly named sites in North America alone. Nor is it alone in having this archaeoacoustic phenomenon. Several such sites are found around the world, all similar in that they are designed with stone and have surrounding stone walls. Archaeoacoustics goes as far back as Stonehenge, and some historians speculate that cave paintings were inspired by the acoustic effects of cave walls, a naturally occurring version of this same phenomenon.

History: The span of the pedestrian bridge in downtown Tulsa upon which the Center of the Universe is located was originally built in the 1930s, as the Boston Avenue Vehicular Bridge, to allow traffic to safely cross the railroad tracks. The decorative brick pattern on the sidewalk was built in 1983 when the bridge had to be replaced, having been damaged by a fire in a warehouse underneath. The new bridge design was intended as a metaphor, connecting north with south Tulsa, however architects on the project, from the firm of HTB Incorporated and the Urban Design Group, claim that the mysterious sonic effect was unintentional. Conspiracy theories abound. Some think the site represents a vortex of energy, and the colliding of cosmic vibrations. Others think the site represents a portal to an alternate dimension, or another universe. Some speculate the hollow-sounding echo effect stems from the steel expansion joint that bisects the circle on the bridge, or that it perhaps echoes off the nearby 60-foot sculpture, also made of steel. Most likely, the effect is due to the parabolic reflectivity of the low semi-circular cement planters surrounding the site. The strange sound effects heard by the person standing in the circle stem from the time delay of the sounds waves as they bounce off the cement planters and reflect back to the speaker. However, while many scientists have studied the effect, there is no clear agreement on what exactly causes the acoustic phenomenon.

Ongoing Programs and Education: The Center of the Universe Festival, an annual music festival in downtown Tulsa, is named for this spot. The festival has taken place each July since 2013 and features primarily alternative rock, pop, and indie bands. The outdoor festival takes place at several different venues surrounding the Center of the Universe. Area art galleries are also open for free while the weekend music festival occurs. The Ms. Center of the Universe pageant is also named for the site. This annual Tulsa beauty pageant crowns the woman who best represents the soul of Tulsa. Known as an anti-pageant, the tongue-in-cheek contest is hosted by the Nightingale Theater, Tulsa’s “home for unconventional entertainment.”

What’s Nearby: Enhancing the mystique of the Center of the Universe is the nearby Artificial Cloud, a 60-foot tall totem-like sculpture made by Native American artist, Robert Haozous. According to the artist, the sculpture is a commentary on technology. The cloud atop the totem represents “threatened hope.” The totem itself is meant to slowly corrode over time, a constant litmus test on the effect of pollutants in the air. The Center of the Universe is located near the plaza of the Oklahoma Jazz Hall of Fame, previously the Union Train Depot. After playing with the acoustics at the Center of the Universe, visitors might be interested in visiting the Hall of Fame to celebrate acoustics of a different type.

West of the Union Depot, in the center of the pedestrian bridge from Archer Street to First Street, over the train tracks

Back to: Things to Do in Tulsa

You are reading "Best Kayaking in Tulsa " Back to Top

Best Things to Do: The Los Angeles Hiking Company