Things to Do in Alaska: Katmai National Park and Preserve 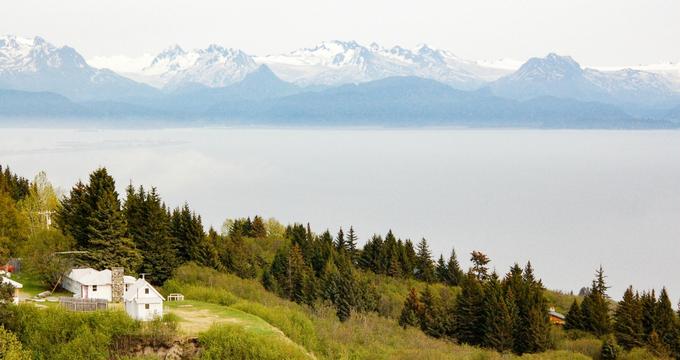 Katmai National Park and Preserve is located on the northern Alaskan Peninsula, with headquarters in King Salmon. The park spans an active volcano landscape, the area surrounding Mount Katmai, and the Valley of Ten Thousand Smokes. In addition to protecting 9,000 years of human history, the park is also a haven for thousands of brown bears, which take advantage of the salmon habitat. The Katmai geology is unique, formed by the world’s 5th largest volcanic eruption, by far the largest of the 20th century.

The Valley of Ten Thousand Smokes was named so due to the barren landscape marked by smoking fissures in the land just after the 1912 eruption. Today, the fissures have cooled, leaving behind colorful deposits of ash chilled into clay. Brooks Camp is the most popular destination in the park. Brooks Camp is located on the shore of Naknek Lake at the mouth of the Bear River. It’s popular as a world-class fishing location, and for the viewing of Brown bears, who also flock to the area for the fish. The camp serves as a trailhead for many of the park’s hikes and backcountry adventures. Campgrounds at Brooks Camp are located on the shore of Naknek Lake among mature poplar and birch trees. The campground is surrounded by an electric fence to deter bears from entering the area. The area surrounding the Brooks River is an archeological district on the National Register of Historic Places. Over 900 depressions in which Native Alaskan homes were once located are found along the river. There are several historic structures within the park. Among the most visited is Naknek Lake’s Fure’s Cabin and the Brooks Camp Fisheries Building. Fure’s Cabin is a one-room house available for public use. The cabin, which has been on the National Register of Historic Places since 1976, was built in 1926 by Roy Fure. Fure was a Lithuanian who came to Alaska seeking fortune in the early 1900’s. The log cabin’s hand-hewn spruce logs are dovetail joined, and serve as an example of European craftsmanship. Accessible by airplane or boat only, the park is extremely isolated, allowing for a spectacular wilderness experience.

History: The largest volcanic eruption of the 20th century occurred at Novarupta in 1912, just 6 miles from Mount Katmai. The explosion, which was 30 times larger than that at Mt. Saint Helens in 1980, collapsed the top of Mount Katmai, due to magma draining from underneath it to spew forth at Novarupta. The downwind Kodiak Island was engulfed in ash and complete darkness for three full days. The eruption completely buried the nearby Katmai Village. Locals were forced to leave and never returned. As a positive, the eruption brought a renewed interest to the remote Alaskan area. The National Geographic Society funded several expeditions to the area in the early 1900’s, which eventually led to the creation of Mt. Katmai as a National Monument in 1918. Scientists at the time were convinced that the smoking fissures in the landscape would lead to geysers to rival those of Yellowstone National Park, although by the 1930’s most of the openings had cooled, leaving behind “chimneys” and clay of outstanding red, purple and orange colors.

Ongoing Programs and Education: Ranger-led programs are offered at Brooks Camp from June through September each year. All visitors to the Brooks Camp must begin their stay by watching a bear safety video. At the Brooks Camp Auditorium rangers lead illustrated talks on the area’s history, geology and wildlife. Fishing the Brooks River yields trout, salmon and arctic char. Visitors must use caution, as the area is home to the world’s largest gathering of brown bears. Most of the river is catch and release only, save for one area where the limit is one fish per person per day. A ranger-led cultural walk near the Brooks River takes guests on an easy half-mile walk past a partially reconstructed traditional Native Alaskan home. The Valley of Ten Thousand Smokes Tour is a ranger-led 7-hour tour. A bus trip takes guests into the valley past three river crossings. After a break for lunch, there is an optional hike to the valley floor. The 3.4 mile hike has an elevation change of approximately 1000 feet. Hunting and trapping are allowed in the Preserve, but not in the National Park. Moose and brown bear are the most common species hunted. Live online chats with rangers and a popular bear cam are available on the park’s YouTube channel year-round.

More Things to Do in Alaska

22 Best Places to See the Northern Lights in Alaska

20 Best Caves in the United States