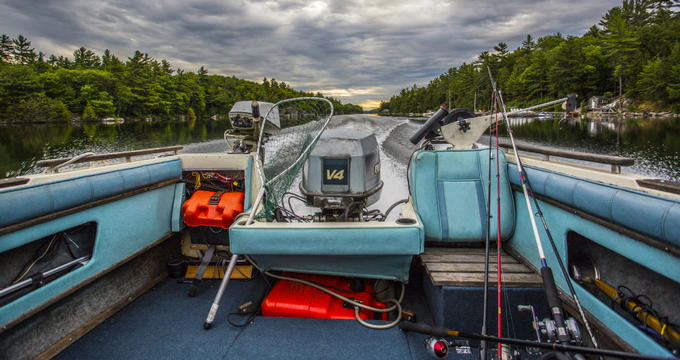 Lake Ontario is one of the five Great Lakes of North America. It's actually the smallest of the five lakes in terms of its surface area, but it's still much, much larger than the vast majority of freshwater lakes on the planet. As one of the Great Lakes, Lake Ontario is a popular tourist hotspot, with visitors flocking from all over the world to see this incredible natural wonder, paddling on its waters or relaxing on its beaches. Fishing in Lake Ontario is also highly popular, with many different species of fish just waiting to be plucked from the waters by a keen angler. 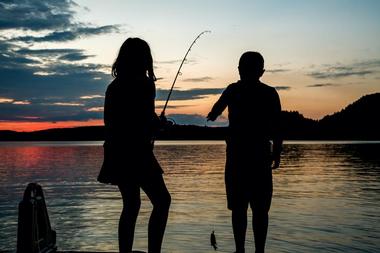 Lake Ontario has a fascinating history, having been a home to various Native Americans over the years. In the 19th century, the development of North America led to overfishing in the lake, leading to several species going extinct, but there are still many different species living in the lake, including rainbow trout, chinook, coho salmon, brown trout, northern pike, largemouth bass, carp, and others.

2.Types of Fish in Lake Ontario 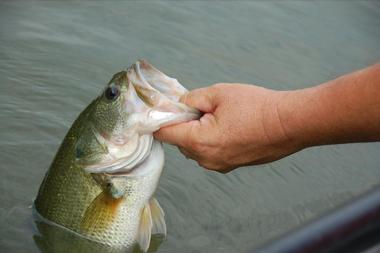 With so many different types of fish swimming about Lake Ontario, it’s important for keen anglers to have an idea of what they want to catch and where they should be going to get it. Lake Ontario is enormous and different spots will provide different catches depending on the time of the year. Here are some detailed examples of the fish you can find in Lake Ontario.

Lake Ontario is considered one of the very best spots for salmon fishing in all of North America. The lake is home to both chinook and coho salmon, which spawn in the fall and spend most of their time in near-shore locations during this period. During the rest of the year, they’ll be found much further out in the deeper spots of Lake Ontario. The chinook is the larger of the two and more highly desired by anglers. These fish can most commonly be caught from April through to September. The biggest one ever caught was a little over 42 pounds and it's not uncommon for 40 pound fish to be caught each and every year.

Lake Ontario houses both smallmouth and largemouth bass. They tend to like the same kinds of water and are often found swimming around the same spots together. The smallmouth bass only tend to weigh a couple of pounds and are most commonly caught from spring through to late autumn, while largemouth bass are a little larger and can be caught most easily from early June through to September. They tend to gather around shoals and rocky areas, or any spots with flooded logs or timber. 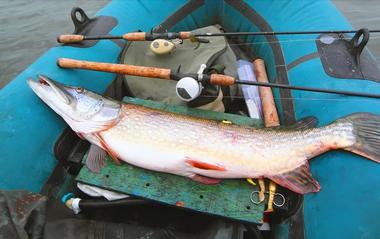 Just like with salmon, Lake Ontario is one of the top spots in the whole of North America for Northern Pike fishing. These fish spawn in the spring, meaning that late spring through to fall are the best times for pike fishing. Early on in the year, they'll be found in shallow areas but will move into deeper waters as the temperatures rise. Then, when fall comes around, they'll repeat the cycle and head back to the shallows and rocky areas. The average catch can be anywhere from five to ten pounds, but a trophy pike can weigh over 20 pounds.

There are several different types of trout to be fished in Lake Ontario. The species that anglers care the most about are Steelhead and Lake Trout. Steelheads can be spotted often from late spring through to early fall out in the deeper waters of the lake. Lake Trout are actually indigenous to Lake Ontario and one of the most commonly caught species in the whole lake. The average catch measures up at around five to ten pounds. Like many other fish, these kinds of trout spend the cooler parts of the year feeding in shallow, near shore locations before heading out to the deeper waters as the summer months arrive.

Exceedingly rare, Muskies represent a very special catch for any angler. If you manage to land a big one of these, you'll want to snap a photo and treasure the memory. The average Muskie will weigh around a dozen pounds, but some huge specimens of over 60 pounds and 60 inches in length have been caught and can still rarely be spotted roaming several of the Great Lakes, including Lake Ontario and its adjoining St. Lawrence River. These fish are most commonly caught in the fall as this is when they tend to be most active in terms of feeding.