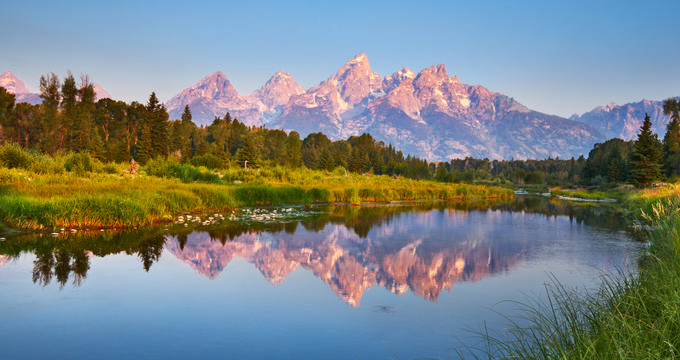 Situated in the northwest section of the state of Wyoming, Grand Teton National Park covers an area of 310,000 acres and attracts more than 3 million visitors each year. The park is located in Teton County and is named after the Grand Teton Mountain, which is its tallest peak. Grand Teton National Park includes most of the Teton Mountains and the Jackson Hole valley. The park is located just 10 miles away from another major national park: Yellowstone. 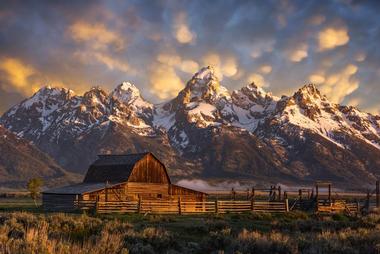 Archaeologists and historians have traced human habitation of the Grand Teton area back over 10,000 years, with the first white settlers arriving in the early 1800s. Trappers and fur traders were drawn to the area and some people began to settle in the Jackson Hole valley in the 1880s. As time went by, the area was singled out for its outstanding natural beauty and unique ecosystems, earning National Park status in 1929. Most of Jackson Hole was added to the Grand Teton National Park in 1950. The park's name comes from the French word 'téton', meaning teat, which was used to describe the major peaks of the mountain range. 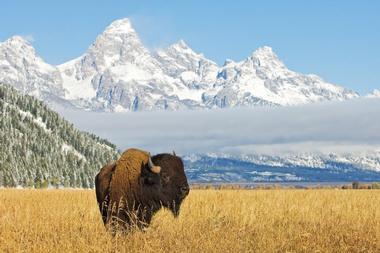 Elevation is an important geographical term that refers to the height of a location in relation to sea level. Elevation is most commonly measured in feet or meters and can have a variety of uses and effects, with higher elevation areas often having very different weather conditions to low-lying zones. The elevations of national parks like Grand Teton can vary enormously as they cover large areas and a wide variety of landscapes. The difference between the highest and lowest points, also referred to as the elevation span, in Grand Teton National Park is 7,450 feet (2270 m). Along with Grand Teton, the national park is also home to eight additional peaks with elevations above 12,000 feet (3,658 m).

Grand Teton National Park is also home to several high altitude lakes including Lake Solitude, which is found in the north Cascade Canyon and is a popular spot for hiking and has an elevation of 9,035 feet (2,754 m), as well as several lakes that are situated at elevations of more than 10,000 feet (3,000 m). The varying elevation all around the park can lead to vastly different conditions. Some of the aforementioned high altitude lakes are clogged up with ice due to the freezing temperatures, while the lower areas down in Jackson Hole can be a little warmer in general throughout the year, encouraging more life to grow and thrive. 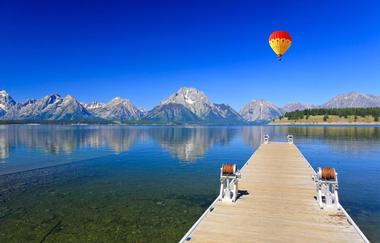